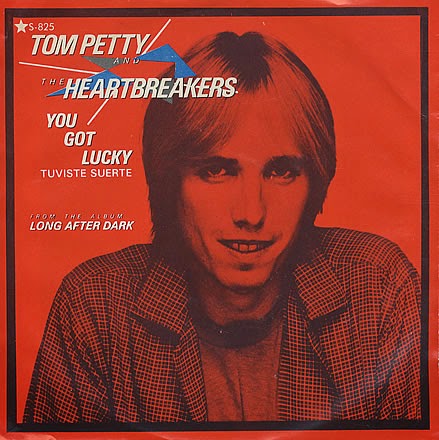 Many years ago I decided to start playing a Mage. It was as a levelling experiment with 4 people questing and dungeoning together for fun and not as an exercise in speed levelling. The Party was created without any real synergy but I think we still managed to assemble a Tank, a Healer and two Dps. In those days I was pure damage dealer, with a Hunter, Warrior and a shiny new Gnome Mage.

As with anything in WoW we are expected to make some big decisions very early on about the Spec that we are specialise in. With a Hunter, I wanted to make my pet as big butch and mean as possible, so that I chose Beast Master. Marksman made some sense but Survival just appeared all wrong. The result was that I have been Beast Master ever since except a brief flirtation with Marksman during WotLK. Warrior was different in the fact that I know idea what to do except hit things with a large sharp object.

Although it is many years ago, I still remember starting out in Dun Morogh killing Troggs with firebolts. They would run at me and die at my feet without even being able to smell their disgusting breath. Life was simple in those days.

When the levelling group disbanded several levels later, I decided to enter Stranglethorn Vale. In those days STV was one zone and it stretched from around Level 25-30. The Southern Section was very dangerous even if you stayed on the road with Apes trying to stop your trip down to Bounty Bay. It was not quite as bad as the Wetlands run, in which the aggro area of a level 10, would put  the entire zone on red alert, looking for fresh Night Elf meat.

The North section contained some lower level Tigers and Panthers and it is here that I cut my teeth with my Mage. Fire mage was a Glass canon spec, with big burst damage and zero survivability, I spent a lot of time running from mobs and sitting down eating for the purpose of refreshing mana and health. I decided that this was not working very well for me, and I decided to change spec. I needed survivability and decided that Frost with it's slowing abilities would stop mobs from getting toe to toe and ripping my cloth garments to shreds. It is hard today to remember how tough levelling could be in those days.

I killed large quantities of Tigers and Panthers, and then Raptors and Crocodiles, all in an attempt to master a basic rotation, slowing, trapping and smacking my opponent into submission. The skills learnt in those hours have been etched into memory muscle and would be honed further during Cataclysm and the Dark Ages when I chose PvP rather than drag myself into another Zul.

Cataclysm was a fantastic time to be a Frost Mage and every Tol Barad would have a large contingent of Frosties running around, it was a cold time for everyone else. At the same time that Frost was the PvP king, Arcane and Fire were rocking the meters in PvE content. Mages have always been at the top of the DPS tree, which caused many to suspect that Ghostcrawler played a Mage.

MoP is the first expansion that I can remember that people have played the spec they want and not the top of tree with the possible exception of BM. Beast Master Hunter and Frost Mages have both enjoyed a moment in the sun but considering the rough ride through every other expansion, I can safely say it was a refreshing change.

At first glance Mages and Warlocks appear to be very similar both being magic based with ranged attacks, but I was reminded by their differences when handling different parts of the Wrathion quest line. It is no surprise to learn that Warlock struggled with the PvP content, so I was very worried when my little Frost Mage approached the same juncture in the game.

Warlord Bloodhilt, the Orc who hits like a wet noodle, can be soloed easier by certain classes. Part of the fight is the need to remain in close proximity to the Warlord, which is fine for Tanks, and classes with pet Tanks (Hunters and Warlocks) but not so good for a squishy with no natural healing capabilities. This resulted in a greasy smear for my Mage and I seem to remember my Shaman had similar issues. I needed backup so called on my Paladin friend Oov, who was enjoying his birthday by playing WoW on a different realm. He complained that he was not feeling totally comfortable playing a character that for vanilla and 3 Expansion had been his main character before switching to a Frost Mage. I said that his job was just to make sure he stayed alive.

Bloodhilt was a fairly slow fight with the Warlord still possessing 11.7 Million hit points and my mage feeling significantly weaker than when she is on the Timeless Isle with all those nice buffs. With the final deathswipe Bloodhilt toppled and so did Oov. "I said you only had to stay alive!".

Now for the PvP challenge. I have got 37K Honor Kills in my time in WoW and a large chunk are on my Frost Mage, so I was quietly confident except for the lack of gear. As usual I started with Temple of Kotmogu and as usual it was an easy win for the Alliance.

My first trip into Silvershard Mines was of course a defeat. Having been in this position it was time to run some PvP content that the Alliance can win. The minimum a PvPer needs is a Trinket that removes all snares.

The random BG was Deepwind Gorge, which having run this one with the posse, I was quite comfortable hanging back and picking off the fleeing Horde from the centre of the battleground. Anyone with half health must have lost the Horde buff that means they take no damage and are immune to any snares. The rest of the fight was based around defending the middle flag. It was here that I remembered what Frost Mages do really well. They are a PITA to kill! They don't stay still with blink, they have invisibility, an ice block, frost armor, polymorph, mirror image, ice barrier, and ring of frost. They have a veritable bag of tricks in their armoury, and occasionally they will bite back.

If I can keep the enemy tied up trying to kill me, then it makes an overlap somewhere on the battlefield. It is the same principle as sending a Tank out to soak up the hits, while the rest of the team picks off the weak from the periphery. I took this philosophy into my next Silvershard Mine, which was a late night effort, after 1 O'clock server time, with the hope that only PvP ers would be playing at this time.

The Alliance started fairly badly but we stayed in contention, and got our act together in the middle section. I took up my role escorting a cart up the middle section. Towards the end I enjoyed a nice piece of play keeping 3 Horde occupied while the Alliance stole a surprise win, with only 30 points in it. The Lion Roars in 3 attempts. I am utterly delighted.
Posted by Bob at 15:48

Email ThisBlogThis!Share to TwitterShare to FacebookShare to Pinterest
Labels: PvP