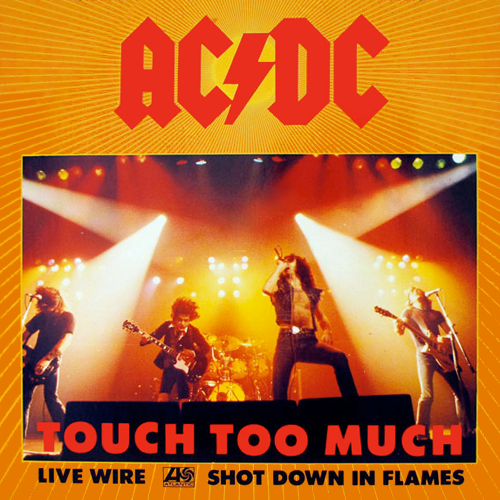 Having been swamped with responses to Tuesdays post, I was forced to re-assess the parts of the game I would rather not do. One aspect was the Reputation Grind which as Grumpy pointed out they used to be quite epic but are now just a little bit meh. Difficult, long and time consuming somehow transpire to be rewarding. What is obvious is that it is a developers trick that cannot be used too often.

Collecting 20,000 eggs for one reputation and killing 40,000 Worg pups for another are both time consuming activities and sometimes the epicness is in beating the boredom threshold like the Bloodsail Buccaneers, which is mindless killing of innocent civilians and was then usual made up of spending weeks atoning for your massacring the local populace. This of course reminds everyone of the Mists of Pandaria experiment to scatter gear amongst all the reputation factions and then hide one faction behind other factions. Then slow the whole process down by only being able to gain reputation through dailies.

I would rather not be doing dailies, but if it is a toss up between making your own entertainment like on Timeless Isle or doing structured dailies, then dailies wins hands down. Looking for Rares is great when you get a kill with the rare on 5%, but invariably you are always in the wrong place.

Dailies are great for knocking out when waiting in a queue for LFR or PvP, maybe even before the Raid starts. What they are bad at doing is being a requirement to knock out 25-50 of them on each of your characters every day for 3 weeks. Dailies are being withdrawn by Blizzard when they should have used them more sparingly. Typical Blizzard they think the scale is Loads or Nothing without any middle ground in between.

Operation: Shieldwall and Kirin Tor Assault showed that reputation grind with dailies, stories and scenarios can work if integrated right. The bad part was that we had already done 5,000 dailies by this part of the expansion. Bring them back but not as the only content for end game.

This is an odd choice for someone who devoted several blog inches on the Silvershard Mines. PvP can be fun to do if you didn't have to spend huge amounts of time just to be vaguely competitive. I could spend a few weeks to get Honor gear and then a few months to get Conquest gear. Obviously this process is quicker if I am Horde and queue constantly for Silvershard Mines, so that you can clock up 99 wins out of 100.

PvP Power seems to have done nothing to reduce the issues of PvP resilience and now we are going to have chameleonic gear that changes with our spec, it is time we had a blurring of the PvE/PvP gear. PvP gear in MoP was made with no loss of stats. I believe the team are working on a better balance but as usual expect some changes before we settle into a proper solution. You would hope that it would take less than 10 years to find a solution that works.

I might have mentioned it before, but it is time to keep PvE and PvP realms apart. Open raid always seems to be the default location with PvE wimps being dragged into a Gankers paradise just to have a pop at Ordos. If PvP realms do not have enough people to play with on PvP realms, there might just be a reason for it.

I spend a reasonable amount of time in LFR each week and lets face it is not as bad as many people would have us believe. Unfortunately when it is bad it is absolutely terrible. I have recently done some Lei Shen, mostly for the guaranteed drops, mostly it is straight in there  give him a smack and steal his loot. Occasionally some groups wants to do the Raid as originally intended. I know it is going to be a long night when they spend several minutes assigning people into groups for the Intermission. Most groups will simply just divide into 4 without too much difficult, but when they assign a group to a colour we are doing the Raid by numbers.

At this stage in the expansion I just want to get in and get out, mission accomplished. The only random aspect should be if the Secrets or Titan Runestones drop. For me it might well be alt number 4,5,7 or 11 but I still know what to do and what time. I don't get angry if we fail once, but I don't expect multiple failures, slanging matches and huge waiting times for another Tank or Healer to join the happy team.

The gear in LFR pitched for SoO at iLevel 522 means that I have no need for any of the gear with the exception of Trinkets. The only reason why anybody is in LFR is for Legendary quest, and so if this tourism raiding, then we really need a whistle stop tour experience, not the long drawn out experience that Blizzard have served up. It could be argued that LFR should have been ineligible for the Legendary quests, but I am guessing that nobody would be using that Tier of raiding for the last 4-6 months.

Flexible Raiding will probably be the final nail in the LFR coffin, and raiding with the guild will be an easier option, providing you have a modicum of talent. Nobody will want to bring Bob just because he is nice, if he stands in shit and can't hit a cows arse with a banjo.

If your Guild does not raid at a suitable time then open PuG raids will be able to assemble as any number, making them easier to form.


Waiting For A New Expansion

This is a monumental cock up on Blizzard's behalf. Speeding up expansion patches when they were not needed and then taking a very long time to make a new expansion.

During Cataclysm it seemed like a good idea to reboot Azeroth with Flying and new quests, and going to town on some zones and not touching others. Blizzard did not know where to stop in this development process and they are repeating the same problems again with the Character remodelling. The initial reaction was very positive but more and more complaints are being aired about the lack of continuity, the lack of a one off Nip and Tuck to choose the new face for our saggy heroes. Anyone remember the barbershop? As anybody been in since they got the Achievement?

The game time and development time do not stack up. Most of the time, it is the back of my characters head that I see, and several of them have Helm showing. I have no time for beautifying my characters or dressing them up like dolls, it just distracts from the job of killing internet Dragons.

The Turpster on the The Instance Podcast, several weeks ago excitedly declared that Warlords of Draenor was like World of Warcraft v2 with the new look and feel. Right now I would rather not be playing WoW the Original, when there is a whiff of something new and hopefully better waiting in the future.
Posted by Bob at 16:38

Email ThisBlogThis!Share to TwitterShare to FacebookShare to Pinterest
Labels: More Things I Would Rather Not Be Doing