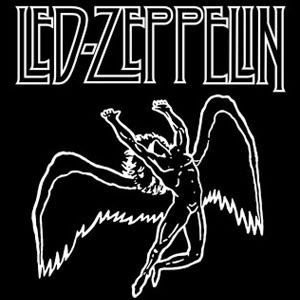 "I am back. Back in Black I hit the sack It's been too long and I am glad to be back". Ok musical rendition over, I have missed the whole of December due to a change in circumstances. I hope you all had a good Christmas and enjoy the upcoming New Year by drinking sensibly. What am I saying, let your hair down and do what ever you want to do as long as it does not hurt someone else.

My absence is due to being out of work, for the last 4 weeks and whilst it is nice to take a break, I also need to start worrying about mortgages, car loans and putting food on the table. I have not published any posts because, why write when I could be playing instead?

The result of my absence is that I have lots of ideas for a blog post, so excuse me if my thoughts just come out in a incoherent jumble.

With it being the end of the year today, I wanted to talk about the current status of the game. Many bloggers have had their head turned towards what may come to pass as the next expansion, but right now I am only interested in the game that we are stuck with for at least another 6 months.

I predicted that the Timeless Isle would only be current and relevant to players for a short time. If my memory serves me well I put a figure of 6-8 weeks, due to the ease and amount of loot available. For people that are loot centric the Timeless Isle offers a multitude of layers that keeps players coming back day after day. If I was Shrek I would probably describe it as being like an onion.

My original forecast was based on the premise that people would take their iLevel 496 and spend the rest of the expansion beating Garrosh over the head with a wet fish until such a time that Blizzard gets round to giving us a new expansion.

The reality is that people have seen the rewards from Siege of Orgrimmar LFR (iLevel 528) and decided that it is more beneficial to farm for Timeless Coins, and hunt for Rares in the hope of getting those all elusive Burden of Eternity (iLevel 535). Elusive is a relative term, because when you have all the gear you require, they seem to drop like candy and when you need on a particular character then the Vegas casino chests are well and truly stacked against you. Back in November several people suggested that Burdens of Eternity that are purchased could be BoA and the random drops Soulbound. I still maintain that all Burdens of Eternity should be account bound.

The Timeless Isle also allows a quick exercise in the obtaining of valor points, which only have one purpose these days and that is for upgrading your gear by the grand total of 4 iLevel for every 250 valor.

The biggest issue with all these people crowding in a small area is that they all want the same things. The Daily quest is to kill 20 Elites, and as a side benefit collecting 50 Epoch Stones in the process for the weekly quest. WoW players will almost always find the path of least resistance, and in this case it involves a strict pecking order.
The general canon fodder are the Great Turtles which can be found on Turtle beach between the two flight points. One well geared person can clear the area easily on their own, but if there are two well geared people then the result is a waiting time for respawn. Respawn times are based on the number of the people in an area so the result of having two well geared people in the area is slow respawn times for anybody else. With a Blood spec Death Knight, there is no point doing solo mobs so it is relatively easy to take on five Great Turtles and a host of hatchlings. This is unfair on anybody else in the area, but it is understandable why players take on so many mobs.

The Cats with their ponce ability are a pain in the neck, and the Gulp Frogs are second only to being swallowed whole by a Gastropod.

I like many others am still engaged in the Wrathion questline, I have now got three characters at various stages, and I am undertaking the double edge process of weapon finding. Weapons have been the bane of this expansion, and I having a weapon that is 40 iLevel less than the rest of the gear is not a fun mechanic. I am forced to run LFR and sometimes get invited on a flex run. LFR is in a bad state at the moment with people dropping out after a weapon dropping boss. There is a reason that Blizzard used to put weapons on the last boss of a wing, and not the first, they also seemed to have forgotten about their own logic.

For those you with your 10% increase cloaks, you might have forgotten that you even had to do two PvP battlegrounds. For the Alliance this spells pain and misery. My first venture through the PvP pain barrier was on my Hunter, who did both battlegrounds with a 100% win ratio. My Resto Shaman, was faced with a much tougher challenge. The Temple of Kotmogu was one win from three, the stumbling block is the Silvershard Mines.

The Horde have worked out that there is easy Honor to be gained by mowing down the Alliance PvE noobs who are only there to do the Legendary quest. In my opinion the Horde have a natural bias towards PvP and the more tactical the Battleground, the better they excel. Silvershard Mines is every day a Horde Christmas. After 10 such horrible defeats I begged in guild for some assistance.

My prayers were answers by the resident guild Warlock, who besides knocking out impressive figures in PvE also likes to kick butt in PvP. Having invited a fellow Guildie and DPS monster, I thought it was only fitting to act as a personal healer. The result was a crushing Victory for the Alliance, and proof that one player can make a big difference in a battleground.

My thoughts on PvP are that CC is totally out of whack. On a bad day my Shaman was never out of CC, whether it was Fear, Sap, Silence or trap, it was shockingly bad. My own CC is the Toad which seems to be on the longest cooldown in the game. Chain CC is very bad for the game.

I have discussed before that LFR gear is just too damn low. The only items worth having are weapons and possibly trinkets. The only people in there are usually doing valor runs or collect Secrets for the Legendary quest. I know there is a problem when I am topping the charts from start to finish, and only 2-5 can manage to get over 100K DPS. If I was to step into normal or Flex I would expect to be last or next to bottom on the charts, so I do not expect to top the meters.

In Raiding the Golden rules seem to be take out the adds and stay out of the bad. Why is it that so many people seem incapable of doing things. Also why do some ranged Dps'ers insist on standing outside of the AoE healing. Do they think that they are special little snowflakes?