Children Of The Revolution 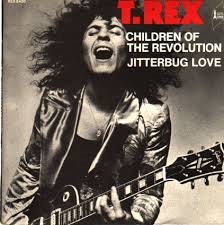 A big apology to all, I have been AWOL for the whole of Warlords of Draenor. I have been working on an explanation, but in the interim my lovely wife who returned to the game at the back end of Mists of Pandaria, was suitably animated to write a post. Not being one to stand in the way of progress or wanting to upset the better half, here we are:


"I am stealing Bobs Blog just for a little bit. I want to stand up for Garrisons, have a quick look at what is currently going on this week and why we need to stop moaning about them. Thursday 5th March was World Book Day and has seen an 11 year old boy excluded from the celebrations because he dressed up as Mr Grey. Does this mean we have lost the significance of World Book Day? It is supposed to be about celebrating the art of reading and the books we love. Children are encouraged to dress up as a character from their own personal, favourite book. Are we saying 11 year olds are a) being allowed to read these books and b) classing this pulp fiction as their favourite books. If this boy has not read the books then he will most certainly have seen the posters, you couldn’t miss them in January, on ever bus stop in every town. But more importantly if the posters HADN’T been up and there HADN’T been all the media hype over the film, would this child have still gone as Mr Grey?
The second issue is, are James Bond and Dexter any better role models? One is a heartless serial killer, granted he is killing killers but this surely does not excuse what he does and the other, well is still a serial killer, let’s face it if you should have the misfortune to sleep with Mr Bond you are unlikely to last the next 48 hours. Both have been portrayed as suitable people to be dressing up as on World Book Day…….seriously?
For many years now computer games and certain music genres have been blamed for violence amongst teens and even younger children. Perhaps we should give this another look. I absolutely agree that my 10 year old should not be anywhere near Call of Duty or Grand Theft Auto and have no intention of letting him on a PEGI game above his age. He plays Plants vs Zombies though, and that is a bit of fun, we all know Plants can’t shoot and Zombies don’t exist….don’t we? By the reverse logic we make sure that Bob does not watch Walking Dead at a time when the children might catch a glimpse of a zombie being beheaded by a Katana (Samurai Sword).
Defined as Mummy Porn, the 50 Shades books have been marketed to a voracious female audience, personally I prefer the Lakeside Baking catalogue, but I have found something far more satisfying lately. My Garrison. It is mine, you can’t come in unless I invite you and you most certainly cannot kill me when I accidently fly over the PVP zone. I can even now decide what music is played. There are quests to do without having to stand around for hours whilst the some Horde Trolls continually kills the Questgiver. No level 100 can swoop in and nick your node just as you run up to mine it, no 14 year old screams at you to DISMISS YOUR &*^%ing PET in an instance, when in fact it was the Warlock that pulled the entire place. I haven’t been called a NOOB in all the time I have been playing again, basically it is bliss. I stopped playing for a long time after Cataclysm came out as it all got too much, but this enabled me to fall in love with the game all over again, and I have been playing since Level 60 was the highest you could go. In those days quests were hard and my kids were babies and slept a lot. It is not all about raiding and gear and stats, it is an escape. I have possibly 40 minutes now and again to myself, waiting for the washing machine to finish, kids are at school, dinner is in the oven I make a cup of tea and drop in to my garrison. Maybe this is how we should introduce our precious offspring to the world of computer games. If they are even interested, and of course, making sure it is not for more than an hour or so at a time. They are quite safe, you can turn the chat off and leave them to it, even your followers are polite when they greet you in your garrison.
My son was recently called a retard by some random player on the Xbox and I just thought, you know what, people moan about WOW and the impact blah de blah but really, it is a much more controlled way of playing. You cannot accidently buy in game purchases and rack up £100s of debt on your parents account, you never have to enter an instance if you don’t want to, and if you do want to they are over quite quickly. Ok I miss the marking and the trapping but really they are quite easy. The new Garrison quests are great too, finding Harrison Jones or Starlord in my Town Hall or Inn is inspired. I know hardened gamers find it boring, not enough quests and please hurry up with Tanaan Jungle! But overall I love my Garrison, it gives us mere mortals with less time and patience for raiding something fun to do. I even bought some gear on the AH and need to see on the Transmogrifier if my bum looks big in it."