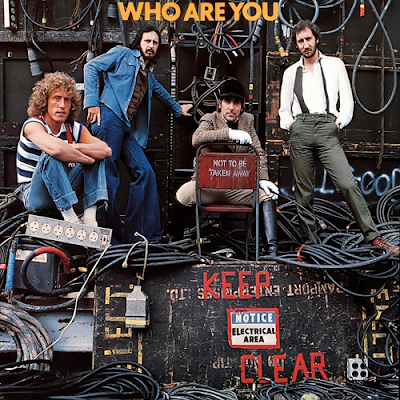 Last night I sat down and watched the Television (radical I know). The programme was the long running BBC series Who Do You Think You Are? I have seen the US version of this programme so I already know that it is syndicated to America and probably all around the world.

The programme is a jazzed up view of Genealogy of the rich and famous. The programme which as run since 2004, as featured mostly UK based celebrities from the world of Televison, Sport and Acting (the full list can be viewed on the link above).

Last night it was the turn of Gary Lineker, who was a notable footballer turned Television presenter. Gary Lineker is most famous as the second highest England goal scorer 48 goals and 80 caps, and was never given a yellow or red card at any level of the game. He is considered to be a generally all-round nice guy with a penchant for bad puns, and is also self-deprecating about his own abilities and in particular his notable appearance of big ears. In many respects he is instantly recognisable and this was obvious from the programme when he was walking around Leicester City Centre, the place that he grew up in. Almost everybody wanted to speak to him or have a picture taken with him, especially being a local hero.

Now I am sure that most people have a brush with someone famous, and in particular I can recall two such occasions that I would like to discuss.

The first is whilst in Manchester on the way to the casino with my wife. We parked up at a central Manchester multi-storey carpark and headed for the lift. Whilst waiting for the lift to appear we noticed a very smartly dressed elderly gentleman walking towards the lift. He was instantly recognisable as an England Football legend, who is heavily associated with Manchester United. No it was not David Beckham, but it was the World Cup Winner and considered by many to be one of the greatest midfield players of all time, Sir Bobby Charlton no less.

Bobby is very passionate about his football, his football club and the country which he served with distinction, but in private I believe he is a very personal man. As we stood in the lift together with Bobby Charlton and another couple, it was obviously we knew who he was, but he looked shy and slightly apprehensive that we might talk to him. In the end the lift open and we all went our separate ways. I might not have said anything to him, but I believe it meant a lot that we had allowed him a moment of privacy in a very public place.

My second story is about attending the 1993 World Chess Championship, Garry Kasparov vs Nigel Short, which was held at the Savoy Theatre in London. I was slightly late for one of the games and was quickly ushered to my seat. For anyone who as not witnessed a chess tournament, they are extremely quiet places to be, and the silence is maintained for the full duration of the match to allow the combatants a chance to concentrate. Also during the game there are often long pauses between moves, so once you have examined the current position you can let your mind and eyes wander, awaiting the next move. It was at this point that I decided to see who I was sitting next to, and to my surprise it was that most quintessential of Englishmen, Stephen Fry. Known as one half of Fry and Laurie (Hugh Laurie), and for his work on the hit comedy Blackadder.

I was absolutely gobsmacked, and so wanted to say something to him, but the situation demanded absolute silence, and what would I say anyway? My mouth wanted to do my best Lord Melchett impersonation, but thankfully my head was in control and nothing uttered from my mouth.

Later on I went to Simpson's-in-the-Strand which has a strong Chess history, and was the relaxation area were the chess match was being analysed. It was on my way into the building that I was walking behind Carol Vorderman who was the Host on the Channel 4 chess coverage. If you want to know what a wonderful privilege this was, Carol was voted as Rear of the Year in 2011.

The problem with celebrities is that they become so familiar to us that we forget that they are real people, who have absolutely no idea who the hell we are. We have all heard of actors who have played a character for so long that the actor and the character become one of the same, and people will call them by their character name, and expect them to behave in exactly the same way as the character.

If you met Keifer Sutherland, would you be thinking "That's Jack Bauer!". It is a strong possibility.

I know we are are a long way off topic today, but have you met someone famous? did you speak to them? and more importantly what did you say?

Email ThisBlogThis!Share to TwitterShare to FacebookShare to Pinterest
Labels: Celebrity