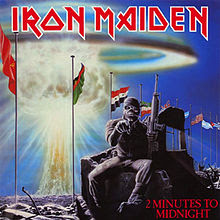 New Patches bring new content and changes, some times we crave them and sometimes they come too soon. I have been predicting an early September release for Patch 5.4 and in some respects I was very disappointed to hear that the pencilled in date was August 27/28 depending on your location. This was based on the end of Arena system and various other indicators.

Today it looks like that might be too soon for Blizzard, and the next date is forecast for September 10/11. This would be much better for myself and I can now finish off my plans.

With the end of Battlefield: Barrens I will lose my Patch 5.3 crutch, and this is where I have spent the bulk of my time, gearing 6 characters with the Kor'kron gear and 2 characters which are at a very early stage. My Paladin needs 3 pieces to complete the Retribution set and my Druid has only one piece having levelled last week. These two characters will now have got a good start to obtaining some raiding gear.

My last two characters a Rogue and Warlock, are desperately trying to get levelled to get the iLevel 502 boots for helping the Emperor or former Emperor or whatever he tells you he was, climb a mountain. 3 weeks will give me hopefully enough time to achieve my goals and plunder the Barrens one last time. I hope I find the Timeless Isle as engaging.

I normally struggle with the Barrens for the first few weeks and then it gets easier as you very quickly outgear the content. The exception to this is my Balance Druid. I have explained before that I am not enamoured with the current version of the Boomkin and it seems very clinical, boring and with no va va voom.

Oddly I have been able to abuse one of the Druid characteristics that I hate most in other players, and that is the ability to not drop out of flight when picking herbs. This same principle applies equally to picking up meat, oil, lumber and stone, and allows the druid to fly around stealing crates, drums and bundles of wood whenever I feel like it, without having to engage any of the opposition.

If you have ever fought a mob near a resource and after doing a victory dance or the mobs head, turned round to find it is no longer there, then the mystery is over. It as nothing to do with Arthur C Clarke and everything to do with bloody Druids.

If there is one ability in the game that I would eradicate tomorrow, then this is it, but when in Rome do as the Romans do, so I will be making full use of this design abomination for the next 3 weeks and have no guilt about it either.

I like the Kor'Kron sets in general and in case you are unaware of their sartorial elegance here is a selection of my characters.