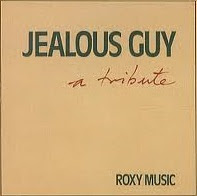 Every so often, I will read something and think that this is written just for me. Oddly enough today is one of those days, and besides I had no other material to write about and definitely not a page of notes.

The story is on WoW Insider and started a week ago with the news that a player had 50 characters (multiple realms obviously) and they were all at least level 85. I read the article and whilst impressed, I felt slightly cheated (the completionist in me),  thinking he could have levelled them up to 90, now that would have been an achievement.

This week made me sit up and take notice, because Bluespartan a full-time college math teacher (in Real Life not some new class) is able to Valor cap on all 11 of his max level characters. At this point I want to say I am mightily impressed that anybody can play all the current content and level 11 characters, let alone gear them up far better than I can manage, and yes I am indeed very jealous but not in a bad way, maybe envious is more suitable description, unfortunately John Lennon did not write a song called "Envious Guy".

Bluespartan is able to devote about 30 hours a week to WoW, which is considerably more than I can manage. My own time is different each week depending on my wife's shift patterns. This week I play about 20 hours and next week only about 10 hours. I have enough problems capping on one character never mind 11, and at best I can only do this every other week.

Bluespartan times the main capping at about 4 hours and consists of the following activities:

The first thing to notice is the Battlefield: Barrens which consists of 10 minutes, which only involves 10 minutes to pickup the quest, portal to the Barrens and hand in the quest for 200 Valor. The gathering is done later in the week. This is a bit of a cheat in my opinion.

Champions of the Thunder King is not something that is easily achieved as a solo activity (maybe on a Blood Death Knight) but according to the article is done on a Shaman in Healer spec. If group is required then they can take some organising, so 30 minutes sounds a bit optimistic.

Kill 12 rares, this might be something that I can work on, I have never deliberately gone looking for them.

ToT LFR in 2 hours even on a healer is really pushing the bounds of incredulity. I never even attempt ToT LFR unless I have a spare 3 hours for one run. 1 hour queueing to get in, 1 hour for the waiting for the group to fill up when people start dropping and 1 hour for the 3 bosses.

Next up is the routine for the alts who will now have the Valor of the Ancients 50% buff:

So the cap for alts takes about two to three hours each and looks like this:

The remaining 100 or so points can be obtained via any of these: This time we have a 50 minutes allocated to gather the materials for Battlefield: Barrens. I would like to pull out some detail from the weekly based on experience.

If you are able to get an extra resource for every 2 mobs killed that would still need a killing rate of 8 mobs a minute.

Working on a principle of 8 mobs a minute and maintaining the same killing spree speed for a whole 50 minutes and the flying time between the 4 sites. The easiest way to reduce these numbers is to kill the Kor'kron Commanders, but I have not seen enough people in the area to attempt them for several weeks now. The caravans are time consuming and I suggest that if you can kill 8 mobs a minutes then this would be less rewarding than 5 minutes slaying. The one thing that would really assist is the overturned caravans, but the chances of getting 2 of these in a 50 minute might be on the lucky side and you would really need the entire site to yourself to pickup around resources.

My experience is that it takes about 2 hours or so to collect the resources and a couple of times I managed to complete on 2 characters in a night session of about 3 hours.

Bluespartan yet again quotes 1 hour for a ToT LFR and this time it is not a healer, so if this is the case, I really want a realm transfer to his server.

There is one section that provides very good advice and that is getting Alts started with the aim to get 480+ iLevel ASAP:

Many of these I have discussed before, but it is always good to have a recap. The world bosses are useful ways to get a boost, but very few people seem to run Sha of Anger and Galleon. Groups can still take 15-30 minutes to form.

The PvP idea is a sound one, and will be a definite bonus when the new patch allows the older Epics to be purchased for Justice.

I am envious of the efficiency, but I doubt whether I could keep up such a routine for longer than a few weeks.
Posted by Bob at 13:42