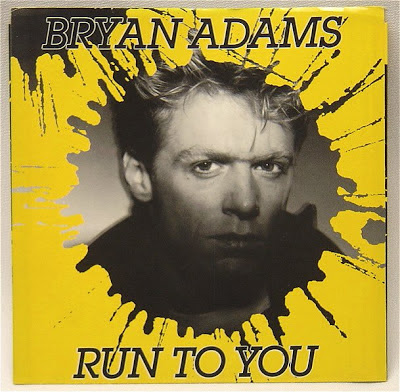 Today's post is about being unfaithful. I am not talking about the week I spent playing Diablo, or the heinous crime of changing your main character. I am talking about something far worse, a Hunter changing his pet.

I didn't pick a pet at level 10 and stick with it for the rest of eternity it is not that king of a bond. In fact I am not sure what my first pet actually was. My earliest memories was of a bear I found in Loch Modan. This bear was a faithful servant but he would often do his own thing, and I don't mean I was being a bad hunter, there was something seriously wrong with his AI, and the pathing in the early days was pretty poor compared to how few problems we have to day. This bear would just attack anything it felt like, and in the end, I was forced to put him into retirement by the rest of Guild. 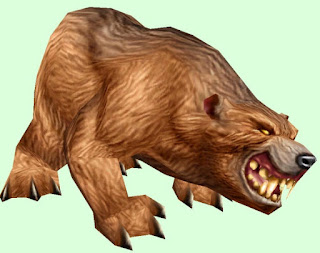 The next pet I can remember was a short passing phase, the Wetlands actually had mottled purple Raptors. It was like being savaged by a slightly angry Barney. Part of the reason for my memory being hazy was the wonky system that Blizzard used to use for pet skills. You would have to trawl through resources like the wonderful Petopia to find the skill you wanted to upgrade and then find a beast with with that skill and level to tame. Once tamed you would have to feed your new pet the right food then watch it fight several mobs in order to learn how to teach that skill. Also the pet would often be several levels below your character level. Just typing the above description I am left open mouthed at the complexity of being a hunter in the original game, and the number of pets required to train 7 levels  of Dash, Gore, Claw and all the other skills that pets had back then. 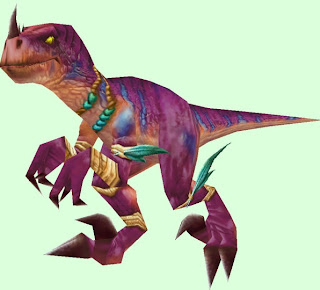 Another pet disaster happened when I wanted to tame a Gorilla, I had either seen somebody else with one or read about how Uber they were. I even persuaded a group to escort me into Stranglethorn Valley. Yes, Stranglethorn Vale was a scary place back then when it was one zone. The mobs went from level 30 - level 40 and travelling to Booty Bay for the first time was a dangerous activity. My first attempt to get the Gorilla ended in utter failure when I discovered I was not at a suitable level to tame a level 40 Gorilla on my noob level 30 Hunter. Thankfully I took some bodyguards with me. In those days it was just something to laugh about. If you wasted 30 minutes of somebody's time for a fools errand in the modern game, I am guessing they would be very annoyed. 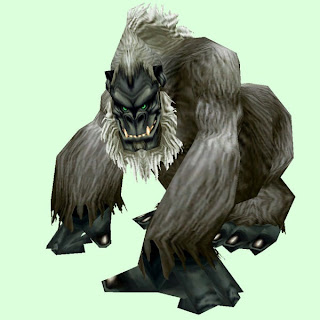 I also had a moment when I collected Elite mobs from levelling experience. In particular I remember running with an Elite boar from Redridge Mountains who will be familiar to anyone who has levelled an alliance character. 'Bellygrub' probably claimed as many casualities has Hogger used to. It was one of those mobs that was a real handful for the unprepared. 'Tummybug' as I christened him, was a great and faithful companion for many levels until, I discovered Winterspring many months later. 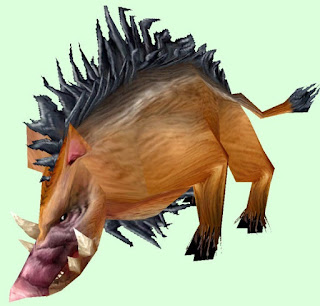 Winterspring is a beautiful zone, with its pink and purple colours on the snow covered slopes. It was here I discovered the Wintersabre Trainers and the mount that coveted most. I fell in love with the Saber Cats, and chose the White Striped Saber. From that point forward 'Bobcat' as been ever present at my side. 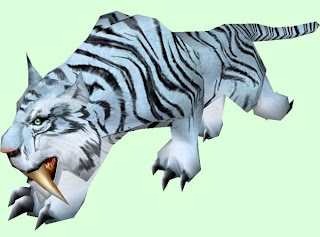 'Bobcat' was with me through the Burning Crusades, Wrath of the Lich King and Cataclysm. More recently we have explored the wonders of Pandaria. 'Bobcat' has seen it all, except some of the Raids in Lich King when it became very popular to take a wolf as the pet of choice. My choice for that expansion was the Grey Saber Worg, a scruffy mangy thing, but at that point it was the best DPS available to a hunter so needs must. 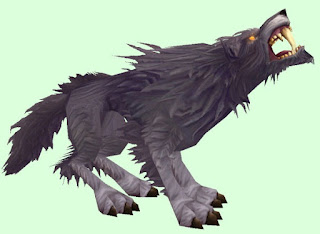 Now this weekend I was working my way through the Klaxxi dailies when I noticed this stunning looking Elite wanting to eat me for breakfast. I dispatched with the first one, examined the beautiful model lying prone in front of me. Removed it's glorious pelt, and went to look for a stable master to park one of my pets into the retirement kennel. In the end it was 'Bobcat' that was retired, I could not justify running with 2 cats in my stable of 5. With a tear in my eye, I went back to snare myself a new friend from the Dread Wastes. 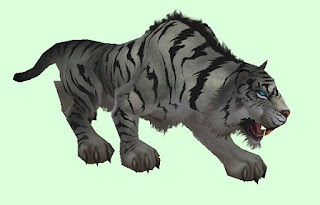 Meet 'Bobcat' Mark II, the modelling is so much better and the paws are no longer bigger than it's head and the colour and marking are simply gorgeous. I hope to have as much fun with new 'Bobcat' as the old one. Only time will tell.
Posted by Bob at 12:16

Email ThisBlogThis!Share to TwitterShare to FacebookShare to Pinterest
Labels: Pets