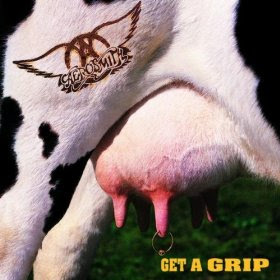 This is old news but it is in reality it is always quite pertinent. Back in November, The Golden Crusade published the findings from its WoW gold survey. This is not about the buying of Gold but about the virtual wealth of WoW players.

The survey was reasonably publicised, providing that you were sufficiently interested in virtual wealth in the first place to visit Gold making / Auction House sites (and WoW Insider). This makes the data from the survey slightly flawed but the findings are interesting anyway.

The following is the major summary from the report:

The first thing that jumps out from these figures is that 302,593 is a lot of Gold that people have accumulated for this to be average. This argument is immediately dispelled by the fact that nearly 82% of the player population does not have that kind of money and that the distribution curve is skewed very heavily in favour of the Mega Rich amongst us.

This is of course exactly how things work in the Real World. Using the figures that were compiled at the start of the New Millennium, the richest 1% owned 40% of the world's assets. In WoW the richest 1% only own 25% of all the wealth.

All this at a time of massive inflation in Azeroths prices, and Blizzard's recent tinkering with resource spawn levels will result in higher prices across the board for raw materials and finished goods which involve Ghost Iron , and Trillium ore.

With the rampant inflation of previous expansion materials, I have been able to offload the cloth in my Bank for a nice chunk of change. Now is a nice time to sell your old stock. I have also just a quick look at the price of copper ore and single copper ore will set you back 1-2 Gold or 20-40 Gold a stack. This is inflation in action and of course the cost of Pandaren mats are free fall now we are 2-3 months into the expansion.

The one item I have been unable to get in any quantity and I am not prepared to pay Auction House price is for Golden Lotus. It seems so scarce yet so important in every recipe and transmute required by Alchemists. Thanks to the Orcish Army Knife, I have moved from mass production of Spirits of Harmony to Enigma Seeds. When I have gathered enough Golden Lotus, I will eventually have a play around with Alchemy, and maybe there is a future post in there somewhere.