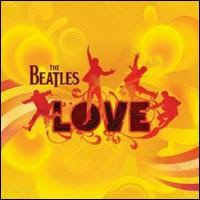 Back in November, I wrote a post about the large quantities of raw materials required to complete the Master of Pandaren Cooking Achievement. At the time I identified the problem of sourcing 75 Giant Mantis Shrimps. The coast seemed to have hundreds of Reef Octopus and very few schools of the shrimp. This seems to be a less of a problem than previously, and it's not as though Blizzard never tamper with the spawn rates or the percentages.

The latest fish that is causing a stir, is the Redbelly Mandarin. Now I had previously got a reasonable supply of this fish when levelling through the Jade Forest, so this was the obvious place to fish up some more. On two separate attempts I didn't manage to find any schools, so I decided to consult the Tome of all things Fishy at El's. On first reading I was looking for the zones I needed to be in, which were Townlong Steppes and Vale of Eternal Blossoms.

I visited both zones with only limited success, finding 2 schools on top of the mountains in the Vale. Having wasted an hour or so, I decided to read if there were comments about this particular fish. This is what El wrote:

D'oh, the first line states that since patch 5.1 Redbelly Mandarin was removed from the Jade Forest. The rest of the comment only hints at the difficulties of finding these schools. Cataclysm also had a fish that was difficult to find in the shape of the Highland Guppy.

For the life of me I cannot understand why Blizzard don't balance the resources better than they do. It is like they want to create an artificial Gold Mine for the people in the know. On my server the going rate for Redbelly Mandarin is 8 Gold per fish against the current price of 4 Gold for Giant Mantis Shrimp. The price of the Giant Mantis is down dramatically from it's high point of 20 Gold per Shrimp, which indicates the change in the supply of both raw materials.

In hindsight I should have just bought the 50 Redbelly Mandarin required to complete Way of the Grill, and at 400 Gold it would have been well worth the effort I would have saved.
Posted by Bob at 00:15

Email ThisBlogThis!Share to TwitterShare to FacebookShare to Pinterest
Labels: Redbelly Mandarin, Way of