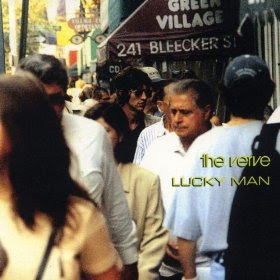 The Kirin Tor Offensive is my current chief motivator. I am neither excited or bored with these quests yet. The differences in the quests are so infinitesimal, kill 10 Mogu or alternatively, kill 3 Mogu with bad hair, 3 with with bad teeth and 3 with bad breath.

The reputation grind is closer to Golden Lotus than the Anglers, and Revered looks like it might take weeks.

On the plus side, I am yet again making full use of the Sunsong Ranch. I have no intention of doing Dailies on alts, but I can manage to grow a few vegetables for a daily reward. The farm is slightly more manageable with the 4 seed planting and the half hit point Virmen, after you have ploughed them down. Bursting crops seems to be a more common occurrence than previously but then they need to be replanted, and I am no longer holding stacks of single seeds.

With the changes to this patch I have been able to push the last mile for exalted status with the Anglers and the Klaxxi. Having completed the Klaxxi through work orders I decide to see if there was a finale to the grind. I was not disappointed and my reward was the Seal of the Windreaver.

Doing the Kirin Tor, means that I am positively overflowing with Elder Charms of Good Fortune, and it was at this point that I discovered that they only stack up to a max of 20. To make space for some new ones I decided to stand in line for the lengthy wait in the LFR. I was surprised to see another option in my list for Heart of Fear, and I was lucky enough to notch up a Garalon kill by joining at the end of a run.

Having used up the grand total of one Elder Charm, I immediately chose to run LFR Mogu'shan Vaults. I find this raid utterly tedious, the trash turns this into one big boss fight. This time I was rewarded with 3 items Stonemaw Armguards, Wildfire Worldwalkers, and Fetters of Death. Belt and Bracers replaced PvP items and the Boots were a sideways upgrade. What was more shocking was the iLevel of these items, iLevel 476, is less than the ring for completing the Klaxxi rep grind at iLevel 489. Operation: Shieldwall is relatively easy to grind to exalted and that offer iLevel 496. It appears that LFR is nothing more than a way of obtaining 90 Valor points to add to that all important 1000 weekly Valor cap.

Is this good design? personally I think that Valor is becoming the only way to gear a character, and until they make it so that you can Valor cap in 3 nights, then alts are going the way of the dodo. My guild wants me to take up Healing duties in raids, but at the moment I am too focused on my Hunter, to gear up a second character. This is bad for the game, and alt Healers and alt Tanks are needed to reduce the long waiting times in LFR and LFD.

My hunter is still wearing 4 Blue items and we are up to the second patch in the expansion. The worst thing is that the gear make such a huge impact to the DPS, and I expected an increase between 10-15 K for the 3 new items, and when I get a decent weapon the figures will go through the roof, and then maybe, I might not be such a sitting duck on the Island of Giants.
Posted by Bob at 17:58

Email ThisBlogThis!Share to TwitterShare to FacebookShare to Pinterest
Labels: Gearing Up