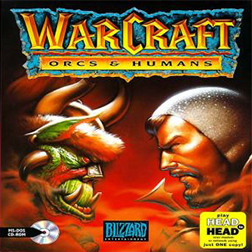 Launch night might have been an unmitigated disaster, but Day 1 turned to be a much more pleasant experience entirely. My first problem that needed to be reconciled was that I needed to be Pandaria and not in Stormwind. The Gunship was gone, presumably hanging over the Jade Forest coastline. There were no portals near the Cataclysm portals, so I put in a ticket to remedy the situation, even though my assumption was that it would be days before anybody would answer my plea.

I even tried to board the ornamental balloon hovering in Stormwind, when I noticed a portal underneath the balloon. The portal transports you to Paw'don Village, and you get a whisper telling you to get back on the Gunship, fortunately there is another portal that takes you there. (update MMO Melting Pot gives a far better description than me).

Onboard the Gunship, it was very quiet. There was the Gyrocopter ready and willing to take me to war. I boarded the Gryocopter and it hovered above the gunship before moving off on its own. At this point I still had no controls, but upon reaching the shoreline my one button appeared and it was all action stations.

From this point on it was business as usual, until  I reached the rested XP and decided to run the questline for a second time. Now I have a Hunter and Shaman at the half way mark on the way to level 86, I am going to take my time now and enjoy the experience by fully utilising the rest XP I should be able to make huge inroads into leveling all my characters.

One thing I did notice was that the questing experience is better when there are fewer people in the area. It is a feature that Blizzard introduced a long time ago to improve the questing experience for new content, it increases the number of spawns and the spawn rates when the area is overpopulated. Unfortunately this can also lead to occasions when you have problems advancing because you are always fighting the instant spawning mobs.


In general the blogging community seems to be playing rather than blogging which is probably a good sign. Blessing of Kings, is suitably impressed, especially with the SI:7 storyline. Tobold on the other hand thinks that Blizzard is still trying to corral us through content and storyline, using phasing. At the moment it is difficult to argue with Tobold, but I think that it is only natural for Blizzard to establish the storyline before letting us loose on the new content.
Posted by Bob at 11:23