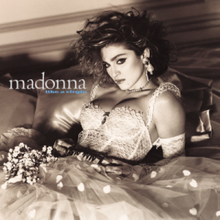 Just finished reading the WoW Insider interview with Lead Quest Designer Dave "Fargo" Kosak. The interview is less revealing than I would have liked, and considering Dave is responsible for a lot of what was wrong with Cataclysm, it is not much of a apology.

"We did a lot of cool storytelling with Cataclysm, and we ended up doing some very linear zones. That felt cool, definitely the first time you played through it was really neat to have a story that was presented in that way. But it got a little tiring with your alts, because you had to play every zone the same way every time."

Yes thanks Dave, Hyjal was great on my 10th stomp through it.

"The other lesson we learned in Cataclysm is that we really want to let people choose their own level of difficulty. We created heroic dungeons in Cataclysm that were very challenging, and that was awesome for the players that had a fixed group that they really trusted and wanted a challenge. It was less awesome for people that wanted to run through dungeons with a pickup group. And they really felt blocked by that content, like it was a hard dungeon, and you had to get the right pickup group, and if you didn't, you couldn't progress your character. That wasn't cool."

Now this is actually more like it. We have all seen the layering up difficulty since Firelands and this is the concept in written down. Do what you want at the level of difficulty you feel comfortable with.
If you are an average Raider don't moan about the idiots in LFR. Your content is the Normal Raid. If you are an Uber Raider, then get your Heroic kills in now.

The same goes for PvP, Normal Battlegrounds, Rated Battlegrounds, Arena. Choose your level of skill and go for it. Dungeons have lost a level below and gained a level above in terms of difficulty.
Heroic and Hardmode. Heroic will become WotLK ROFLstomps and Hardmode will need technique co-ordination and probably voice communication (Mumble and Vent).

If you want a quick snack, Ghostcrawler thinks Scenarios can be done in your Lunchtime.

There are more Dailies than you can point a stick at, you can chillout with the Tillers and play Farmville, or you can hardmode Pet Battles.

Choose what you want and pick your level of difficulty. It is a nice design technique if everybody sticks in their places. I like it now I can see the philosophy behind it. My only worry is that people will try to do everything at once, and forget to eat and damage their health in the process. Take a break, you don't need to logon everyday.

On a side note, I noticed the comments section and was tickled by the following:

"I f*%@#!g loved Cata. Not everyone hated and bitched about it like pre-madonna's. Maybe because I played through most of the content. i.e. reworked world. WTF, does everything have to be endgame, we had every vanilla zone reworked people. If your bored, play quests and READ THE QUEST LOGS. The game has moe to offer than just raiding."

"Is Lady Gaga a post-madonna?"

Maybe he was looking for Prima Donna?