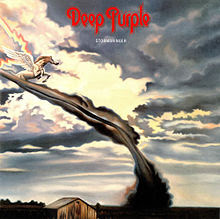 What is going on with Elemental Shaman? Last week The Grumpy Elf wrote a post entitled How Much is too Much? The general gist was that we now have too many buttons to press, and a later article by Grumpy suggests that the amount of difference by not pressing some of them is not worth the added complexity to the rotations.

I have 20+ spells for damage dealing and utility on my BM hunter, when I went through the offensive skills for Shaman it did not even fill a complete bar. Now I normally only use my Shaman for healing, but in preparation for MoP I needed to make sure that I am good to go with a damage dealing spec.

Compare that with BM Hunter

Macro managing a pet, traps and keeping the Focus regeneration going by weaving in Cobra Shot/Steady Shot the two just do not compete. The Shaman can change the totems around to bring out the elementals and hex for crowd control. Speaking of totems what on earth have they done to them. No more bulk planting totems, this would appear to be a step backwards, in both development and historical terms.

At this stage it felt like a good time to compare a few specs to see how complex the rotation and priorities are. I am going to use the guides set by Icy Veins as they have a history of producing good guides. For the sake of simplicity I am only comparing single target rotations.

(6 spells, Hunter's Mark can be Glyphed or applied before the fight)

1. Keep Flame Shock up on the target. Refresh when there are 3 seconds or less left.
2. Cast Lava Burst on cooldown◦watch out for its cooldown being reset by procs of Lava Surge.
3. Cast Earth Shock when you have between 5 and 7 charges of Lightning Shield.


4. Keep Searing Totem up.
5. Cast Lightning Bolt as a filler.

• Ascendance is your Mists of Pandaria ability. This ability causes your Lava Burst to no longer have a cooldown and your Chain Lightning to become Lava Beam, a more powerful AoE ability. Ascendance has a 3-minute cooldown and should be used whenever it is available. You can also save it to line it up with periods during which you deal increased damage.◦For single-target damage, simply spam Lava Burst and do not let Flame Shock drop, while Ascendance is active.
◦For AoE damage, spam Lava Beam while Ascendance is active.


• Fire Elemental Totem and Earth Elemental Totem are important DPS cooldowns (especially the former, which is by far the most powerful), they should be used whenever your Elementals will be able to attack the boss for 1 minute without being interrupted (unless you are using Glyph of Fire Elemental Totem or you chose Totemic Restoration as you Tier 3 talent). The Elementals will adjust to your statistics over the course of their duration. As such, it often is a good idea to cast them when you expect to receive an Intellect or a Haste buff, for example.
• Spiritwalker's Grace should be used when you need to move, so that you can keep casting. If you are using Glyph of Unleashed Lightning, you will find yourself using this ability a lot less often.


• Thunderstorm is both◦an AoE DPS cooldown, which you should always use when you have 6 or more enemies to attack and;
◦a mana management tool, which you should use on cooldown if you are having mana issues (most likely from spamming Chain Lightning).


• Stormlash Totem is a raid-wide DPS cooldown that causes every players within 30 yards of the totem to deal additional Nature damage for 10 seconds. Use it when the raid will deal increased damage (while Heroism / Bloodlust / Time Warp is active, for example).
(6 Cooldowns)

Although there is one 1 less spell and 1 less cooldown. Elemental seems to have a far easier rotation, Totems, Shields and Weapon buffs are standard fare and as such are not part of the rotation. BM Hunters also have the added complexity of managing a pet. The feeling is that Mages and Balance Druids will also have easier rotations making Hunters more difficult to play and according to most theorycrafters (not including Blizzard) that Hunters will be bottom of the pile.
Posted by Bob at 15:18