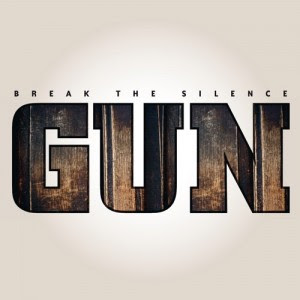 My wife is on a roll, this time we have won a competition to return to the Hard Rock Cafe, Manchester for an intimate show with Scottish Rockers - Gun.

I have always been a big fan of Gun, since their debut album - Taking on the World (1989). With my favourite tracks being "Better Days" and "Taking on the World". They hit a bit of success with the 3rd Album - Swagger (1994) due mostly to the rocked up version of Cameo's "Word Up". Unfortunately they split up in the late 90's and consequently disappeared off my radar.

I am very excited and now just need to find a babysitter. I have never been to an exclusive session before.
Posted by Bob at 15:02