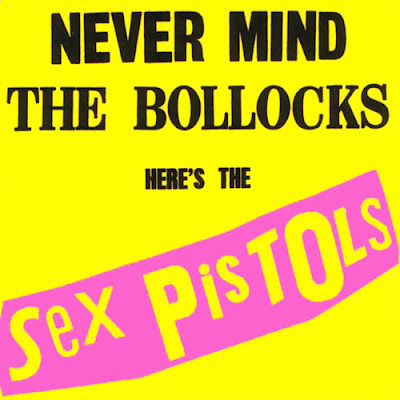 This is not Shock Jock tactics, because this album cover is now firmly ingrained in pop culture. This is similar to the once famous Eddie Murphy catchphrase "Get the F*&# out of here". Familiarity breeds contempt and the shock value is greatly reduced.

I originally intended to keep this blog profanity free. I am not swearing for lack of a better word but because it is part of the subject I am examining. This is partly the reason why you see bad language blanked out in British Tabloid papers but the more highbrow broadsheets will include swear words as they were spoken in the interview.

Yesterday I rambled on a little and then cut short the meaty part of the subject, so today I plan to revisit the subject. Below is the Naming Policy document (in blue) with my comments (in red).


Our naming policy rules apply to all player chosen names in-game. Please note that we are not able to change names upon request. If your character has a name that does not violate our naming policies, but you would still like to change it, please have a look at our Name Change service.


If you see a name that you feel violates our naming guidelines, please Submit a Ticket. Be sure to include the character’s name and realm for our support team to review.


Straight forward, you chose a name that you no longer like, then pay to have it changed.


Names that fall under the following categories are deemed to be highly inappropriate and will be met with appropriate action.


· Have any racial/ethnic connotations


· Have any national connotations


No racial, Ethnic or National stereotyping or offensive Racist comments/sayings will be accepted. This applies to Guild Names and Arena Teams. WoW Insider once covered the story of the "Rosa Parks Stole My Seat" Arena Team. It later transpired that there were 65 Arena Teams with the same name.


Sexuality and Violence, although quite often seen together these are in fact two completely separate topics and causes very different polarisation when discussing. America is often perceived to be a fanatical religious country but with strange attitude to sex, Anybody remember the wardrobe malfunction during the Super Bowl, and this from a country with the largest Porno Industry in the world. Quite often the showing of a naked body is considered worse than violence. World of Warcraft is by its very nature a violent game. The aim is to kill internet Dragons, and killing is violent. Violence can also be funny, accidentally blowing a manshead off or chopping a knights limbs off.


Sexual orientation that mine field for teenage boys, who like to use the term gay as general term of abuse.


· Are inappropriate references to human anatomy or bodily functions


· Are pornographic in nature


Names Names which fall under the following categories are deemed to be mildly inappropriate and will be met with appropriate action.


· Insultingly refer to other characters, players, Blizzard employees, or groups of people, be they in the game or external


This is a general nuisance issue, and is the catch all for bad behaviour. This can spill over from Moderately Inappropriate to legal action.


This category includes both clear and masked names which are:


Don't try and name your character Ghostcrawler or upset anyone associated to a Blizzard employee.


· Are mildly inappropriate references to human anatomy or bodily functions


· Are references to illegal drugs or activities


· Have any connotations of major religions or religious figures (e.g. Jesus, Christianity, Buddha)


· Include names of World of Warcraft realms, zones, or names of major characters from Warcraft lore


· Are otherwise considered inappropriate for the game world


Very fine dividing line between this and the subjects covered in Highly Inappropriate. It does however provide slightly more details and includes the issue of naming your character after the Lich King, Jesus or any other NPC.


· Advertise any organisations, or websites


Do not call your character Toyrus or moonpig.com. This is mostly to stop gold sellers advertising their wares and promoting their websites.


Names which fall under the following categories are restricted and will most likely not receive an account penalty on the first instance.


· Are trademarked/licensed by a company or an individual


Don't set yourself up as Mikerowesoft, don't use Intel inside or any other piece of corporate property. This is potentially an area that can include Terryworgen, Worgenfreeman, and anything connected to Legolas and the rest of the characters from Lord of the Rings. This puts me in a position of having to change all my character names.


· Consist of a string of letters which do not produce a pronounceable name (e.g. Asdfasdf, Jjxccm, Hvlldrm)


Level 1 characters begging for gold or trying to sell gold. They are normally swatted off the face of Azeroth within an hour.


Excellent! This is most bodacious dude. There is a Roflcopter in my guild, enough said.


Titles (Does not apply to Guild, Arena Team or Pet Names)


Fantasy titles should be earned through the mechanics of the game, and should not be recreated through character naming. This category includes names which:


· Consist of any title prefix attached to a character's name be it fantasy-based or not (e.g. Kingmike, Presidentsanchez)


Straight forward, earn your title don't steal it or buy it off the internet.


· Consist of any references to the real world, including people and places (Britneyspears, Newyork, Austinpowers)


Overlaps with Trademarks, Blizzard can use Terry Palin, Harrison Jones, Haris Pilton etc. Don't call you character Tustin Jimberlake or MsGaga or else Blizzard are coming for you.


· Consist of a partial or complete sentence contained within the name (Hihowareyou, Ilikebeans)


Ok so this one takes out 10% of the player names in one go. This is particularly popular in PvP, with Ihatehorde, Hordebasher, Gnomeonbread and Spameggchipsbeansandspam I have trouble working these things out it might be an age thing or a lack of interest. I have the same issue when people substitute numbers for letters.


Violating any area of the policy detailed above may result in a suspension from the game. For questions concerning our penalty system, please see the Account Penalties page.


Characters, guilds, pets, and arena team names found to be in violation of the above policies will be assigned a randomly generated temporary name. An E-mail will be sent to the account's registered E-mail address with instructions on how to change the temporary name to one of the player’s choosing. In cases of guild or arena names, the message will be sent to the guild or arena team leader.


Note: Disputes concerning penalties or changed names should be directed to our Account Administration team.


In my opinion Blizzard has the policy so that it can justify its own actions, but does not and cannot actively enforce this level of control on over 10 million character names, also with the subtlety of several languages utilising special characters so that you can produce 500 different variations on Legolas which is also banned due to the issue of people with standard English keyboards being unable to whisper or write somebody 's name.


Blizzard is relying on your own sensibilities and the upshot is that if you don't mind, then Blizzard doesn't mind. In the end you get the game that you are willing to put up with.