Where Have All The Good Times Gone? 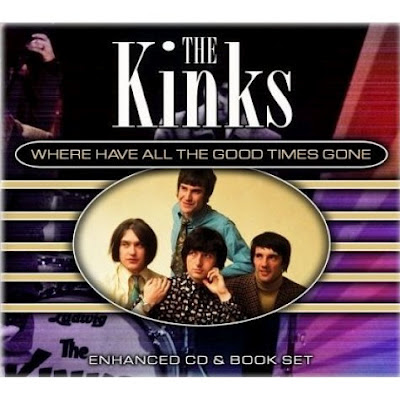 "Nostalgia is not what it used to be". It's funny that we all look back at some mystical time when everything was better. For some it is the groovy music of the 60's, the peace and love movement, flowerpower. For others the 70's is the golden era, Glam Rock, Disco, the anger and disillusionment of Punk Rock. The 80's was New Romantic, big shoulders, even bigger hair, loadsa money, riots. The 90's Britpop, Girl bands, Manufactured pop, and Grunge. The Noughties, Guitar bands, get famous quick schemes, Britain Got (No) Talent, Pop Idol.

I was born in the 60's, the 70's was a mass of brown and orange clothes/furniture, 80's was a time of depression and no money, The 90's was work and party, The Naughties was work and no party with smelly nappies on top.

What does this have to do with WoW? Not a lot really, but I have noticed that the content to read around the subject is diminishing on a daily basis. On a nostalgic trip I still pine for some of the WoW blog writers of a few years ago.

The creme de la creme was the indomitable Big Red Kitty. BRK was more than just a Hunter's Blog, it spanned the musings of a very funny and clever writer. I was quite fortunate to have discovered BRK way before his appearance in WoWinsider. The love and venom this created was unbelievable he regularly recorded 100+ comments for most of his posts at a time when his colleagues would only get half that many. BRK has returned to playing but his general blog Brain Needed Space is rarely updated and mostly contains cooking tips.

Another big loss was the Pink Pigtail Inn. Larisa gave very regular updates and had her finger on the pulse of the WoW community. Larisa always had the best reading list on her blog so if you needed to read somebody new or different it was an excellent jumpstation. In many ways she was a central character in the WoW community and all the other prominent bloggers liked to bounce ideas off her. In my opinion nobody else has managed to fill this void.

Alongside Larisa, a regular contributor and possibly one of the best writers was Tam at Righteous Orbs. I have chronicled in the past how difficult it was to get this through company firewalls and proxy servers, but on a few occasions I did they made for highly amusing reading material.

Several other bloggers have changed direction and so are no longer fulfilling my WoW needs. In particular Tobold and the Greedy Goblin. These two are polar opposites but at one time they were neatly entwined at opposite ends of spectrum of course. Tobold still writes about MMO's but has stopped playing WoW and has rediscovered a love for D&D. Gevlon at the Greedy Goblin has changed direction more than once, but the latest incarnation is no longer based on WoW but a new found interest in universal domination in EVE.

Currently my favourite reads are Armageddon's Coming!, when he can be bothered to post. Blessing of Kings, when the topic is WoW and not those pesky other MMO's that inhabit our world. Orcish Army Knife when I understand the topic. Troll Racials Are Overpowered, can sometimes be painful but is mostly worth it. Big Bear Butt has been around forever and his rants are absolutely legendary.

If you know of a good read, please somebody let me know.
Posted by Bob at 13:48