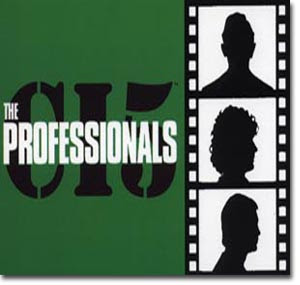 According to Wikipedia, "The Professionals was a British crime-action television drama series produced by Avengers Mk1 Productions and London Weekend Television that aired on the ITV network from 1977 to 1983. In all, 57 episodes were produced, filmed between 1977 and 1981. It starred Martin Shaw, Lewis Collins and Gordon Jackson as agents of the fictional "CI5". The series was conceived as a response to The Sweeney."

I have always been a big fan of the WoW pop culture references, but this one baffles me slightly. The Professionals is a gritty British crime drama from the late 70's early 80's and as such not the kind of programme that might easily be exported to the USA, Australia maybe but not America. Now you may be wondering what this as got to do with World of Warcraft, let me present the evidence.

1. In Stormwind there is a mysterious spy network SI:7, the Professionals was a fictional British Spy department CI5, which is an amalgam of Criminal Investigation Department and MI5/MI6.

2. The main SI:7 character is Mathias Shaw, one of the 3 main characters in the Professionals is Martin Shaw.

Ok so that is the only two connections I can find, but is it any more tenuous than a Lumberjack called Terry Palin?

It would appear we can expect some new SI:7 activity in Pandaland.
Posted by Bob at 12:58