Reasons To Be Cheerful, part 3 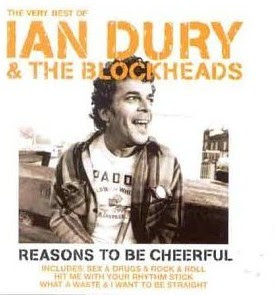 On the subjest of the Newbie Blogger Initaitive, Tobold recently wrote, "With the genre itself stagnating, what is there to write about on a new MMO blog which hasn't been written about hundreds of times on other MMO blogs over the last decade? Does anybody really still want to read about the adventures of your Jedi consular, or Charr warrior? About the guild drama which ensued when the guild leader favored his girlfriend over the most loyal guild member in loot distribution? About the endless hardcore vs. casual debate? If I wanted I could design a "MMO blog Bingo" card which would have a guaranteed hit on 95% of the MMO blog entries still to be written for 2012".

He is of course absolutely right, but just when I was starting to feel good about writing the blog, I am now cast into a position of doubt about why I am writing in the first place.

So why am I writing a blog? My personal feeling is that the content is starting to dry up and instead of consuming everybody elses content that it was my turn to flesh out my thoughts and feelings about the game I love. I have no new takes on the game, I am not a theorycrafter, I can't mash the equations into a working theorem. I am merely writing a diary of my thoughts which is open to the general public, with the anonymity of the internet. The few people who actually know who I am have no interest in reading this, I don't work with gamers and presently I have no other outlet for my thoughts. I have already discussed my current guild status and how little communication I actually partake in.

Most people live relatively mundane lives, why else would we be so obsessed with Sex, Drugs and Rock n Roll? My standard working week is pretty much divided into chunks of time:

This blog is about what happens in that 4 Hour Leisure period, I am pretty sure nobody wants to know about the problems I have had at work today, what new laptop I have built, how to build a wiki server. Similarly the least exciting part is the 7 hours sleeping, which is pretty similar to the 2 hours commute. Not every day is spent playing WoW, I have tried that and my wife still occasionally twists those pins she put into that voodoo doll.

I have a confession to make, I am a World of Warcraft addict, and I have not played for 3 days now. With only 4 hours "me time" everyday it is easy to see why people can just plug themselves into an alternative reality. I am sure if Better Than Life existed I would be hooked up to right now.

Ok so just at a time when I am starting to get visitors to my computer game centric blog, I take a short break from playing that game. This obviously does not give me a great deal of material to write about.

I filled my time with my wife, I watched some television, 2 football matches as we support different teams, 4 more episodes of Dollhouse. This comes highly recommended but remember there are only 27 episodes because the series got canned, which seems to be an occupational hazard for Joss Whedon. Firefly was cancelled after 11 episodes and it gained critical acclaim and a large fanbase.
I also rewatched Torchwood Series 3 - Children of Earth.

Next week I plan to make some bingo balls so I can pluck out blog stories at random.