The Good, The Bad, And The Ugly 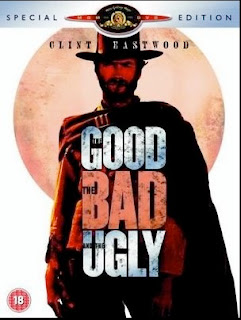 Looking For Raid, it's been a mixed bag in the last few weeks. I thought that maybe things were starting to get better until last night.


I have actually managed to finish a lot of LFD's this week. The current weekly routine is based around the 6 characters that are attuned (high enough iLevel). BM Hunter and Resto Shaman are now 95% geared from LFD and gain very little from partaking in this event. Holy Paladin and Tree Drood are gearing up nicely. MM Hunter is performing very well with substandard gear, how much better is Marksman than Beastmastery in terms of Dps. I get the feeling that MM uses less spells than any other class in it's standard routine. The biggest disappointment is Frost Mage, so much so that I now have a very uncomfortable Fire Mage, who mashes the buttons, with slightly better results.

The good part is I have managed to complete about 10-12 different runs. Some of them even went very smoothly.

My MM Hunter is having terrible luck with gear, 4 runs through the Siege and 2 runs Killing Deathwing. From these 6 runs I have so far won Tier Gloves and a ring, also I have a weapon but thats another story.

I have now witnessed a wipe on all 8 bosses. I am not even sure it is possible to wipe on Morchok, but yes it happened last night. During Earths Vengence phase, I witnessed 4 people run off behind the obstacles and straight into a bunch of adds. The adds took a shine to the tanks and it was game over.

Everybody is aware of the practice of some people needing on everything and then trying to trade after. The other big issue is the last of the 4 bosses means that people can need and run, which makes it hard for the people who genuinely need a weapon off Deathwing. Last night I witnessed a new trick which I consider to be far worse.

My MM Hunter who has had a bad run of luck so far in the quest for gear, was fortunate enough to win Vishanka the hunter's bow. Within seconds I was being petitioned by another Hunter to give it to him. There was no trading of items, he wanted the item and felt that he was more deserving than me. I left raid rather than confront him and continued to receive whispers from him until I logged off and changed characters.

The other night I witnessed a repeat of Darla at the Spine of Deathwing . Maybe this kind of idiocy has gone viral. It is bad that somebody should to do this in the place, but to read it and copy it is beyond believe.
Posted by Bob at 10:27

Email ThisBlogThis!Share to TwitterShare to FacebookShare to Pinterest
Labels: And The Ugly, LFD, The Bad, The Good