Walk On The Wild Side 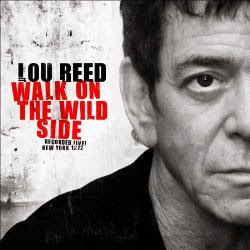 The Wrathion Questline for my legendary cloak is slowly taking shape. I have 40 Trillium Bars and 8 Secrets of the Empire for the quest Secrets of the First Empire. The progress is slow and it means running a mixture of SoO and ToT, but I know I have already completed some of the stages further down the quest chain. I am so far behind on the Legendary quests that I really do not want to know what lies ahead, otherwise I will just pick up my ball and go home now.

I might be a self confessed Altoholic, but we still favour one class and one class over all others. My Hunter, Bobflintston (shock horror) is my main, and lately he has seen a lot of action. Patch 5.4 dropped nearly 7 weeks ago and I have devoted much time and effort to explore, eradicate, skin and write about the Timeless Isle. I have plundered the Isle for all of its many riches and have decided to retire my Hunter from the daily grind. I started this patch with an iLevel in the low 500's and over a very rich lucky streak have amassed an average iLevel of 539, this places just below the gear drops off SoO Flex:


I have used all the Burdens of Eternity I can physically use with the exception of my ever expanding waist. This I intend to decorate with the Crafted Belt in the next 10 days with its 553 iLevel and multitude of available Red Gem Slots. I am sure that I do not need to tell you which slot I am currently lagging behind on, yes of course its the weapon slot. I issued an open letter to Blizzard two weeks ago and I was willing to uphold my side of the bargain, but sadly there was no communication from Irvine, CA.

Why the hell are Blizzard hiding weapons in this expansion?

The crafting gear ranges from iLevel 450 Blues to Epic iLevel 476 but only on some professions. Loot Island offers iLevel 496 for every single slot with the exception of Weapon which you can but iLevel 476 Epic for the cost of 20,000 Timeless Coins. All other weapon upgrades are in the lap of the Gods. The RNG which gives you two chances each week off 4 Bosses:

It is possible that one Legendary Cloak and one weapon are the only two things keeping my Hunter out of expansion retirement. I am unlikely to ever complete SoO in Normal or Heroic modes, my lifestyle is changing, my children are getting older and the possibility of working shifts in the near future will destroy the slim chance of ever raiding with my Guild. The Guild is a casual raiding guild, but the team operates a tight 10 man raiding, and I have never had the inclination to try to break into the team in the last two expansions.

My only motivation on my main is to keep running LFR (ToT and SoO) and Flex, mostly for Secrets but also in the vain hope of finding a weapon. After that it is pretty much Game Over until the next expansion.

There is of course still plenty to do on my other characters, so I will not be cancelling my subscription in the near future. It will be interesting to see how far Blizzard have managed to progress towards releasing a new expansion and all new expansion usually get announced in Q4 and come out a year later. 9-12 months will be way too long without any new content and Blizzard know this. It is an important 12 months for Blizzard with a declining numbers in its flagship cash cow, and a feature film on the horizon. Can they make it happen? we will get some idea in less than a fortnight.
Posted by Bob at 13:25

Email ThisBlogThis!Share to TwitterShare to FacebookShare to Pinterest
Labels: Game Over