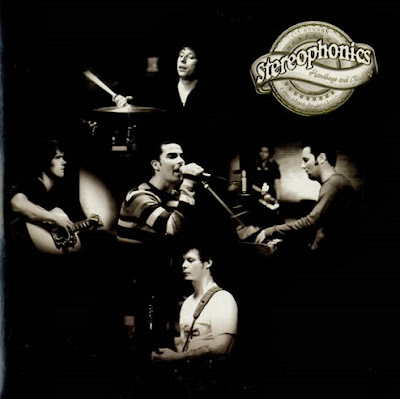 Last week I made an accusation about people not picking up vendor trash and why do they own a vendor mount. Penuruloki pointed out that the Traveler's Tundra Mount and Grand Expedition Yak are in fact very expensive.

The Traveler's Tundra Mount first made an appearance during Wrath of the Lich King. The price at the time was considered to be very expansive at 20,000 Gold or 16,000 with Reputation bonus. It was an extravagance but by the end of the expansion I had succumbed, wanting the benefit for the next expansion. The problem was that I only had one such mount on my main character, but Blizzard eased my pain by making account wide mounts for the Mists of Pandaria expansion. The result is that I now have 11 Traveler's Tundra Mounts and that 16,000 gold seems like peanuts for 11 mounts.

This got me thinking about Mounts, Money and Bags, and that is the topic for todays post.

Blizzard have been teasing the playing population with achievements for about 3 years now, the completionists amongst us see and target and have to aim for it. The Mounts have 6 Achievements:

Each expansion brings a new selection of mounts to collect but at the end of the day 200 Mounts takes some organising to collect. For the less motivated player like myself I take a logical view that I only actually need 3 mounts so 201 is just over kill. The 3 mounts that I think a player needs are

All new expansions will require a land mount for levelling and a flying mount for level cap, and a vendor mount to empty your bags. I have tendency to theme my mounts to the character and prefer the smaller mounts to the dragons. I like the look of the dragons and serpents but the size cause problems getting into doorways and blocking mailboxes. My main mounts of choice are:

I have tried and rejected the Lorewalker's disc, the tailoring Flying Carpet, and various Dragons and serpents. Feel free to comment on your own favourite mounts and why?

I have previously discussed my love/hate affair with virtual money, I like to collect it but I am loathe to spent it on frivolous items. Money spent on gear is expensive and soon replaced, and the Timeless Isle has made that inconsequential now that there is an iLevel 496 gear reset. I am unwilling to pay large sums of money for non-combat pets that I tend not to display and have only just started to use for pet battles. This might change if they ever introduce a tablet version of Pet Battles.

I used to religiously study the money making tips, because I had none and I wanted some. I have used up large amounts of game time in the pursuit of Auction House bargains and AH posting. I have more money than I will ever let myself spend and so the desire is no longer there, but I will not waste money by not picking up vendor trash if I can help it. I cannot run past a mining node/herb or dead animal without weighing up the time required to collect it. If the time is negligible then I will collect and stash for later use.

Levelling is a great money maker and I am estimating that ever character I have taken through the 5 levels of Pandaria that I have pocketed around 10,000 gold, based on having the biggest bags possible and regular use of mailbox and vendor mount. Is 16,000 gold a lot of money? I Googled for inspiration and the forums are awash with people on between 1k - 20K and the other people on 100k+. The haves and have nots if you like, my point is that unlike in real life you can easily turn that around. Most people it appears just spend it, which I can see a certain enjoyment in spending large sums of money, whilst at the same time generating large sums of money. If these people want to save money they simply need to save up and stop spending for a few weeks.

Ghostcrawler recently tweeted about bagspace, "Inventory is a resource. It has been since vanilla." The gist of this is that the player should be responsible for what they choose to carry. I disagree with this sentiment and I think that Blizzard needs to take some ownership. My main character as 30+ Tabards, am I expected to collect and throw away or to keep them in a musky box in the corner of my farm? The implication is that Blizzard have looked at Tabard storage for several years but it is not a game changer and is low priority and the "To Do List".

Adam Koebel at WoW Insider recently wrote about the bag space issues, and highlighted that without an inventory management addon like Bagnon, the individual bags just spill out across your screen. Bagnon allows sizing and the number of columns which make the whole process manageable. Characters are required to carry a vast array of gear PvP, transmog, Food, Toys, Potions, quest items and gathering mats, and yet we are still stuck with the starting 16 slot Backpack. Is it really so difficult to double the size of the backpack, or should Blizzard be offering solutions to the amount of stuff we are expected to carry.

Ghostcrawler is right that inventory is a resource and that impacts the game, but it is a lame response that Blizzard is not doing more to reduce the amount we need to carry just in case.