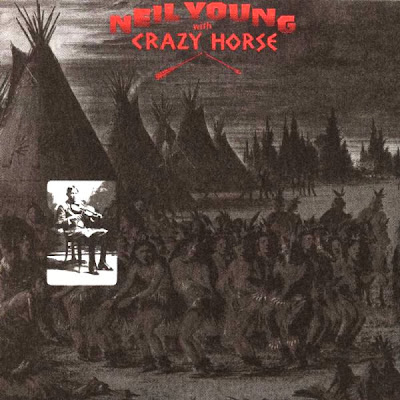 My children have been away for the weekend and my wife was working nights, so over the weekend I gorged myself on World of Warcraft. I have played on characters that  I have not played on in months, and even did the daily Timeless Quest on seven different characters in one day.

My wife caught me sneaking off to complete a quest when I should have been somewhere else, doing housework. She said, "Get downstairs now!", I replied that I was just killing a mob and would down in a minute. At this point she came into the computer room and stared at the screen. "That is not one mob!" I said it is OK I am a Death Knight, "You are killing five, level 90 Elites at the same time, this game is so broken."

There you go, that is the verdict of my wife who has been away from the game for 3 years. She quit when Blizzard decided that all instances should be rock hard, and that healers should heal with triage. That was one bad move Blizzard, it killed my entire network of friends, when 5 people communicating over Skype could not co-ordinate themselves sufficiently, then the skill level was quite frankly way out of kilter.

Death Knights have always held a special place in the class structure. They are the only class deemed to be hero class, although the only benefit that bestows would appear to be ability of starting at level 55. Death Knights starting zone is about learning skills and gathering a complete Blue set. This made them extremely over powered and despite radical changes to the class the Blood Death Knight remains incredibly difficult to kill, providing it is managed correctly. This unique ability once the preserve of the Paladin class with the multiple survivability techniques, allows Death Knights to solo content that they have no right to be able to defeat.

I have stopped worrying so much when doing the Timeless Isle. The Elder Turtles buffering me along the beach is not a major issue, they do only small amounts of damage. Other classes can be absolutely mauled by the spin ability, three hits and you are dead. Death Knights soak up this damage without really breaking stride. An iLevel of 500 really seems to be the tipping point and the three Timeless buffs  Dew of Eternal Morning, Book of Ages and Singing Crystal. The buffs take a few days to assemble a few of each, but once you do then the Daily quest becomes a matter of routine. I took a Monk and a Druid to the Isle and had a torrid time until I was able to work out a technique and choose my battles with up most care and attention. A little tip to make the best use of the buffs when they are in short supply is to log out on the Isle. Hearthstoning back to Pandria will destroy any Timeless buffs.

The issue of buffs is a strange one, a proc that heals you for 60,000, 8,000 of a useful stat, or 100,000 additional damage. These are huge boosts and all three can be used at the same time. It takes a few days to get started for a new character on the Isle. Would it not have been easier or simpler to not have the buff and to nerf the power of the mobs.

At a time when Blizzard is working hard on scaling issues Flex, Proving Grounds and Challenge mode dungeons, they could have set the island to a specific iLevel. The Isle never gets easier or harder, just a constant level of challenge. At launch I found the Isle difficult on all characters with the possible exception of my Hunter. Gear and buffs means that I can rattle through on 5 characters, and struggle like hell on the other 6. If the Isle never gets easier the challenge will always be there even when the next expansion comes along. The gear rewards are purely to assist in getting into LFR and Flex.

The regular Raiders who arrived in the Timeless Isle at launch must have thought the zone was a joke and would have assumed the huffing and panting from the casuals was because they were rubbish. How are Blizzard supposed to balance open world content when some people have iLevel 450 and others have iLevel 540.

Level the playing field and it will be so much easier to aim the content at people. In general if the rewards are below your current iLevel then the content is not really designed for you.

I am starting to suspect that the majority of players prefer easy to difficult, and Blizzard are making 90% of the content to accommodate. The 10% will have to make do with Heroic Raids, Challenge Modes and Arenas. Only this week I heard the Turpster talking about pining for the short and sweet AoE fest dungeons of the Wrath expansion. The aging WoW population would seem to agree.
Posted by Bob at 13:50