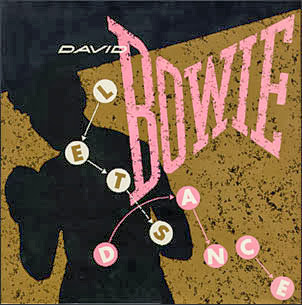 With an apology to those that PvP to a high standard, WoW is all about Raiding. In terms of developer time this is where most of the energies go in any given expansion and nearly every new patch introduces a new raid. The raid size as gone up and down throughout the history of the game and as now settled on a 10 or 25 man raid size before the flex raid version which scales between the two sizes.

Everybody has there favourite Raid over the ages, but what exactly is it that makes a raid good, bad or indifferent? The following is the full listing of Raids:

Quite a list when you think about it, and the developers have to try to come up with new and varied ways of making the encounters interesting. Some of the Raids are remembered fondly, and others not so. Was it the people you raided with or was it the encounters that made them memorable?

Personal favourites are Karazhan, Naxramas, Ulduar and Icecrown Citadel. Does this mean that Blizzard have failed to produce a decent Raid in the last two expansion? Maybe it is just the mind playing tricks on me, but I feel that the new Raids are perhaps a little too gimmicky.

Karazhan is my personal favourite, once they removed the worst gating ever seen in form of the attunement from hell. The setting of a spooky mansion was simply awesome and although some of the encounters were run of the mill, (Attunmen, Maiden of Virtue and The Curator), there was enough interesting encounters (Moroes, Illhoof, Shade of Aran, Opera and Chess). The other thing that makes a Raid interesting is the quality of the adds. The Grand Ballroom had loads of spectral dancers, and I remember waiting patiently at the bottom of the stairs for the pull to come. The AoE kings of the time Hunters and Mages would often be greasy smears at the end of the fight. Upstairs from these ghostly delights was the "carpet of death", stand in the wrong place, for when they dropped aggro and a the nearest clothie would be in a world of pain.

Naxxramas had some awesome fights and it was unfortunate that Ulduar came out just when the guild was starting to make good progress. The rehashed version of Naxx kept all the fights from the original Vanilla raid, but it was right to reuse the Raid because so few people ever stepped foot in the place. I liked Grobbulus, Gluth, Noth, Heigan and the Four Horsemen. All very different encounters and for anyone who mastered the Dance, never again would you die facing Heigan.

Ulduar had a lot going for it, the difficulty level was a huge step up from Naxx, and it was only when massively outgearing the place did it become easy. The adds hit like a runaway train and the achievements were almost impossible and needed multiple runs to achieve them all. Oddly enough I have one big bugbear with Ulduar, and that was Flame Leviathon. I dislike not being able to use my abilities, it made no difference if you were a Hunter, Mage or Priest on the Motorcycle and the faffing around to get to the boss fight was a joke. If I could have teleported to the other side of the Flamey, I would have run this Raid a hundred times more than I did.

The Icecrown Citadel had everything, the encounters and adds were difficult the encounters were many and varied, and the last boss was one of the toughest encounters I ever saw. The low point for me was the gunship, which was plain annoying, thankfully when it was over you went straight into Deathbringer Saurfang. This boss was a pain in the backside, but it felt like you had achieved something to finally defeat him. No room for slackers on this fight.

I have had a smile on my face whilst writing this post, remembering the hours spent honing skills and making small gains on a weekly basis. I feel none of that love for the new Raids. They lack the panache of previous encounters. They are gimmicky, and clunky requiring you to stand together, on one leg with one finger in your ear and one on your nose.

It is not that the encounters are not difficult, it is just that you want to see the back of them as soon as possible. Singled out for particular distain are:
I have not included Siege of Ogrimmar because it is too new to have formed an opinion yet.

I appreciate the difficulty of producing new and exciting things for Boss fights, but after creating over a hundred such encounters it feels like the well is running a little dry.
Posted by Bob at 14:12

Email ThisBlogThis!Share to TwitterShare to FacebookShare to Pinterest
Labels: Raiding