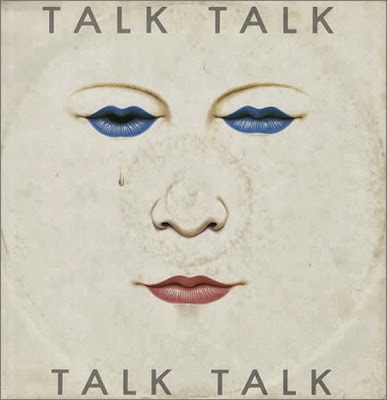 This morning I was reading an interesting post from Navimie about the name of the loot that drops off Ordos. Being an outcast and not being allowed to visit Ordos, I of course would not know. I really like the fact that Blizzard tips its hat to the community on the odd occasions. The new list appears to be WoW Insider centric, but I for one am not going to argue about that.

The first time I became familiar with the Blizzard practice, was when BRK was awarded the BRK-1000 and its faint smell of raspberries. Frostheim got a cloak, although hairy bracers would have been more suitable. I have a complete set in my bank for the Instance crew Turpster, Scott Johnson, and Dills although by the time I received them I no longer needed them.

This however is not the main topic for today, and I want to focus on what I perceive to be a little joke on Navimie's behalf.

I love the play on this name :)  Olivia Grace from WoWInsider (she writes the PvP column) who also features on gamebreaker.tv's Legendary podcast - she is one busy lady playing her Shay-man!"

The rest of the post is not intended to be a dig or an attempt to ascend to the moral high ground, it is merely the observations of the language used in general and around the World of Warcraft.

In case you are missing the emphasis in Navimie's comment it is on the word Shay-man. I have added the link to the Cambridge Dictionaries Online, the reason being is that I am English, I speak English but I am from the North West of England, were we have our own version of the English language. Sometimes I am forced to doubt my own pronunciation because of the regionalised accents that I hear on a daily basis.

I say Shaman as Shay-man, but the majority of Warcraft players, (vent, mumble, podcasts) tend to use Shar-man. As a Lancastrian we tend to find the imaginary addition of a 'r' after an 'a' somewhat perplexing. The main example of this is in the word 'bath' in which not only is the 'r' added it is often over-exagerated. In the UK it would not be uncommon to hear any of the following 'bath', 'barth' or 'barrth' to mean the same thing.

"Language is the human capacity for acquiring and using complex systems of communication."

In order for communication to be successful all parties need to understand the rules of engagement. Language does not have to be a static set of rules and if anything the English language is moving at a faster pace than at anytime in its history.

Not only is the pronunciation an issue there is a problem with the development of new words. It is probably well known that the UK use the term 'mobile phone' and the rest of the world seems to use the Americanisation of 'cell phone'.

In a recent edition of the Instance, Scott and Dills were laughing at Turpster for his use of the word 'pram' as used in the phrase 'throwing your toys out of the pram'. It took an age to determine that the American word for pram is 'stroller', once the understanding is reached it is no longer that funny.

As WoW players we have the added pressure of Blizzard inventing new words, names, and place names. The number of ways of saying Dalaran or Pandaria are good examples of how a language is developed, we try to apply a common set of rules and we still end up with a different answer. In some ways the European languages are more useful than the 26 characters in the English languages, they use accents and umlauts to distinguish the exact sound of the letter.

The WoW community is made of many nationalities, and many languages and ultimately we are all expected to unison in the English language. If the British and Americans can't agree on a common language, imagine how difficult it is for someone speaking a second or third language.

I personally like to hear the differences in pronunciation, accents and dialect, as long as the message is not lost in translation. Now I just need to teach my spell checker that 'valor' and 'armor' can be spelt without a 'u' as well as with.

Email ThisBlogThis!Share to TwitterShare to FacebookShare to Pinterest
Labels: Language