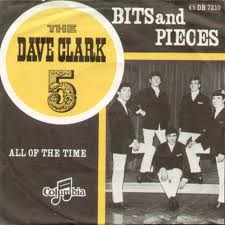 5 Posts in a week, no wonder that I am running out of topics. Today I am planning on a roundup and including some the bits that I missed out of previous posts.

Professions are still a hot topic with ideas as far ranging as all characters having all professions, and making the gathering skills secondary professions. I am against the idea of all professions have all professions on the basis of BAG SPACE, and I am not sure it would be any better if we could gather ores, herbs and skins. Just imagining the state of my bags brings me out in hives.

Turning spirits of war into a valued currency

It is a pretty useless currency IMO.  I think at least with Haunting Spirits people needed to buy them to craft, but these ones aren't REALLY required to make items, just helps to make items faster.  So bring back the hard to get items so you can craft the high end gear. I know that the casual players didn't like that because it meant that only guilds could access the gear (unless you bought the currencies for super high prices) so I am unsure how Blizz would go with this direction.

At present the iLevels seems to be all over the place and it is unclear without a little investigation, so after a little snooping here are my findings:

Spirits of War are a made from disenchanting Siege of Ogrimmar items, the question is how many loot items are likely to be disenchanted a month after the patch. One of my Guild Raiding team was already turning his nose up at Burdens of Eternity only a week after the patch dropped, so there is a small chance that SoO Flex loot may end up creating Spirits of War. Unfortunately none of them have appeared on the Undermine Journal for my Realm, so either they are Soulbound, not indicated by WoW Head or that Guilds are still keeping them under lock and key.

Having made Mail Trousers for my Hunter and a Cloth Belt for my Mage, I am keen to be producing more than one a month. Unfortunately I seldom raid and have managed only two LFR's and one flex in a month, I am unlikely to see any Spirits of War in the near future.

It does seem rather crazy that we have gone from 372 Greens in the Jade Forest to Heroic SoO 566 and that is discounting the Legendary cloak. Is it any wonder we are heading for a gear squish for the next expansion.

I don't often have too many ideas, but it is obvious that Crafting is a little bit disjointed over recent patches. MoP introduced, took away and re-introduced the concept of upgrades paid for with Valor. Personally I would like to see Valor go back to it's status of catch up gear, and the upgrade system be part of the crafting professions. Every patch we learn a new set of PvP gear and a few Epic recipes, why not simply have a few recipes for making upgrades or modifications. These upgrades will take the base recipes up to the required level for the next patch. It would achieve the same result without the messy recipe discovery system that we currently have in place.

There have been a number of hotfixes since patch 5.4 dropped, and recently I stopped reading them. I recently won a Burden of Eternity from killing a rare (woot woot my first drop) and tried to use it on a Timeless Curio. I was absolutely convinced that I had done this previously so I instigated a bit of research. WoW Head states:

You can use the Burden of Eternity only on the raw, "unopened" BoA versions of Timeless armors. However, Timeless trinkets cannot be upgraded by Burden of Eternity - but you can buy their ilvl535 version from the vendor next to Emperor Shaohao for 50.000 Timeless Coins

On checking all my characters it would appear that I did convert some rings but never any Trinkets. I guess it makes sense seeing as they sell for 50,000 Timeless Coins.

Email ThisBlogThis!Share to TwitterShare to FacebookShare to Pinterest
Labels: Odds and Sods