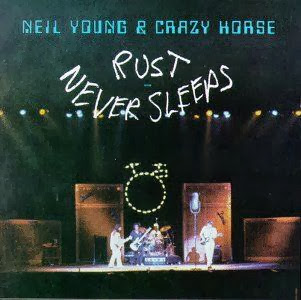 Welfare Epics
"Epic quality items in the video game World of Warcraft that are obtained through grinding PVP. These items are generally on par with the highest quality items in the game and can be easily had by anyone with only a minimal investment of time. No skill is required to obtain a Welfare Epic."
Urban Dictionary
As WoW gamers we have all encountered the concept of Welfare Epics and the original source is believed to be from the Blizzard Developers during a Blizzcon 6 or 7 years ago. It is the source of much angst over the years, but oddly the debate has not even fizzled, during the expansion with the most Welfare Epics the game as ever seen. Not only that we have a so called Welfare Legendary.

The idea was that the Legendary item would be available to everybody who put the effort in and would stretch across the entire expansion. To this effect it has achieved what it intended, weapons available to a class or type of class used to throw the game balance out completely. If you can't remember think back to spell casters during Firelands and Rogues during Dragon Soul.

The argument against the MoP implementation was that everybody would have a Legendary, which would make the Legendary, not very Legendary. Did the end of the world happen when 5.4 dropped? no of course not. Does everybody now have a Legendary? I think the answer is quite resounding no. In an attempt to judge the progress of my own guild, I was able to find 11 Legendary cloaks on the top 100 Roster. My guess is that this corresponds exactly with the 10 man raid team plus 1 extra which I think is an alt, meaning 1 person could be bothered to drag an alt through the LFR week after and maintain the Raiding on a main. Hats of to that man.

What about me? I can safely say that I am behind the curve and moving in steadily in the slow lane. I am however pursuing the dream just at my own pace. My progress so far in summary:

On my previous visits the Kor'kron cannons could not hit a cows arse with a banjo. Now they require dismounting ASAP and moving from the land site. Storm your way to the fortress and kill Bloodhilt, yeah no problem.

Action stations, pet runs in dies very quickly and Bloodhilt strangles me one handed with both feet off the ground. That is not quite right, lets visit Wowhead.

"If you attempt to kill this guy and your group is wiping DO NOT run away. He will haunt you for life."

Group what the hell are they talking about?

"Since his health has been significantly nurfed I was able to solo this on my 510 Survival hunter."

Phew, that sounds better, he can be soloed. Instructions that followed are a page long. Ok this might be a bit harder than expected.

"Send your pet to the boss and stack up really close.
If you stand far away the boss does an ability called Chock em' Out which will kill you."

Ok, stand in melee range, thank god minimum range is not an issue any more.

"Had a 351k turtle with me (ilvl 514 BM), Glyph of Mending, Animal Bond (not really needed) and Spirit Bond kept him alive for the whole fight, so there's no need for Exhilaration or Merc Contracts. :P."

Pet seems to need a bit more protection than Tenacity Pet alone was providing. I decided that it was time to make a BM pet Tanking spec with my old PvP second spec.

Out went Aspect of the Iron Hawk and in came Spirit Bond. Dps loss for pet and hunter survivability.

"While your pet is active, you and your pet will regenerate 3% of total health every 2 sec."

Nice 3% not to be sniffed at. What about Glyphs? Animal Bond and Mending. Ok good to go.

The new Tanking Spec worked a treat. Not really a scratch. Which considering the 3 previous attempts had been abysmal failures. Some times this game is about planning and less about skill. The fight can go on for 10 or 15 minutes, at the end if I am still alive then I have won.

Now I need to test my Pet tanking spec on the extra boss in the Jade Temple, it is a tough to solo that guy as well. Some of these Blizzard tricks require you to complete on the first few days of the release, otherwise you are left to solo group content.

Welfare Legendary, is not something I hear being mentioned these days. I think most people have had to work hard or endure some rough nights to get them.

Email ThisBlogThis!Share to TwitterShare to FacebookShare to Pinterest
Labels: Legendary