Baby Can I Hold You 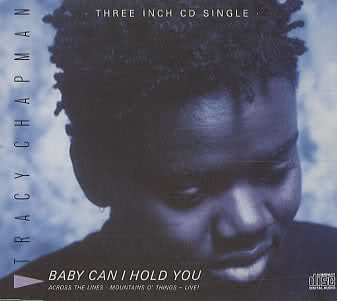 "Regarding crafting, I have to respectfully disagree with you on that point, during 5.0 only raiders had access to the patterns but in 5.2 and 5.4 the process has been entirely democratized. Kill a few mobs, get a recipe, do a daily crafting cooldown that also gives you a random recipe and once a month you can make an item. I have L87 toons on remote servers that are able to do that, there's absolutely no raid requirement and raiders don't have significantly better access. Really, they don't have any better access unless they're willing to sacrifice a likely very expensive DE mat in exchange for saving a single day of crafting."

I decided to check what it was that R was talking about, I knew I had a new recipe for Hardened Magnificent Hide, but I did not remember seeing any other recipes in all the kills I have made on the Timeless Isle. Sure enough I have a recipe for Mail Agility Legs requiring 21 Hardened Magnificent Hide. I can make 1 a day and I have an abundance of leather at the moment. I can have a new pair of 545 Mail Legs for my Hunter. The mats are very reasonable but 21 days to craft them!

I have to say this is a rather awesome surprise, I have no idea how many recipes there are at present to collect because my usual font of knowledge the Crafters Tome is not updated yet.

TenTonHammer states that there are recipes for Legs and Waist (Pants and Belt) for all roles, so I can only assume the droprate is not brilliant.

---------------------------------------
Yesterday, I decided to follow the advice of the Godmother in search of a Blazing Chest. I roped in Oov for some assistance, and we sat in his chopper, and made our way to the broken bridge, stopping twice to kill Jakur of Ordon, and Cinderfall.
The trip across the gap in the bridge went without a hitch, with the one exception that Oov carried on into the Courtyard were I was forcibly ejected back to the Celestial Tournament area (oh bugger). The next attempt resulted in an unexpected meeting with Archiereus of Flame. He apparently drops a Burden of Eternity, and I was still on my way to find the Blazing Chest to get another one.
This time we ran round the outside of the courtyard and encounter several fiery guys who did not want us to pass. Fortunately there was another group clearing the way.
The Blazing chest yielded a ring and a Helm, which with the exception of my weapon are the weakest items in my inventory as predicted by the Godmother.
"This could be a massive co-incidence, but those two Timeless Loots co-coincided exactly with my two lowest iLevelled items currently equipped. Similarly when I looted on my Mage."
I think it is no co-incidence and the Godmother was spot on with her original observation.
Having now got two Burdens of Eternity in my bags I was worried about losing one. The Godmother wrote a small aside:
"[Oh, and for those of you curious, you can not simply loot but use more than one Burden of Eternity in a week. P's chest loot gave her a second. I have no idea if they stack however... :P] "
This seemed to conflict with the Grumpy Elf's Monday report, which is too long to even find the relevant section. Needless to say you can collect 2 or more Burdens of Eternity in a week and you can use them all in the same week. I think that the random Burden of Eternity (world  island drop) can only happen once per character.
Armed with two new shiny pieces of equipment I wanted to try them out. I did a Scenario for Valor, the Jade Temple in a futile attempt to do the Noodle cart quest, and a LFR.
The LFR was rather uneventful except for dropping of the strangest weapon I have ever seen, Durumu's Baleful Gaze. 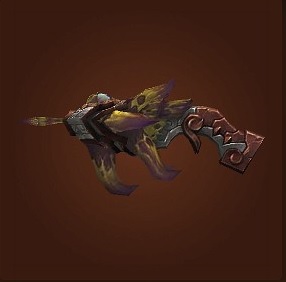 The upgrade of a weapon from iLevel 480 to iLevel 502 appears to add an additional 50% to my DPS. I thought it was because I was doing it wrong not that I didn't have a decent weapon.
Posted by Bob at 15:10

Email ThisBlogThis!Share to TwitterShare to FacebookShare to Pinterest
Labels: Upgrade