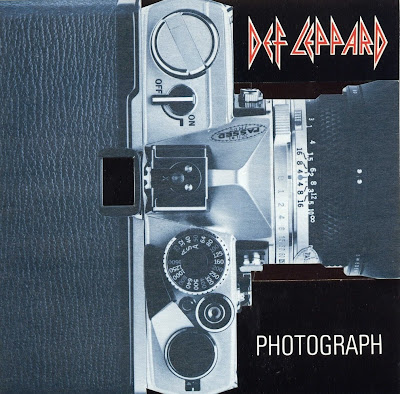 Yesterday I took possession of a new work computer, which I have syphoned from another project. This is one of the perks of working in IT, but the problem I have is moving all my junk onto the new computer. It is not just the applications that need uninstalling from one machine and reinstalling on the other, it is the data that I have been hoarding over the last 2 years.

It was during this process of reassignment of my data, that I opened Dropbox. For those of you not in the know Dropbox is:

Dropbox is a file hosting service, that offers cloud storage, file synchronization, and client software. Dropbox allows users to create a special folder on each of their computers, which Dropbox then synchronizes so that it appears to be the same folder (with the same contents) regardless of which computer is used to view it. Files placed in this folder also are accessible through a website and mobile phone applications.

My main use of this function is for updating WoW addons. I can download at work and drop them in a folder and then pick them up at home. It was really impressive when I first encounter this technology, but it is fairly old hat now that everybody is talking about cloud computing. The previous method was using FTP servers which was rather unpleasant method for the average user.

I discovered in my addon folder that I had copied my WoW screenshots, into a Dropbox folder, so for want of anything better to post here are some screenshots from Bobs's World. 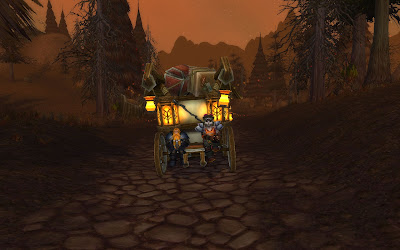 This is from my time levelling my Panda Monk through the Eastern Plaguelands. This area is vastly improved since the Cataclysm and I particularly enjoyed the Caravan quest hubs. 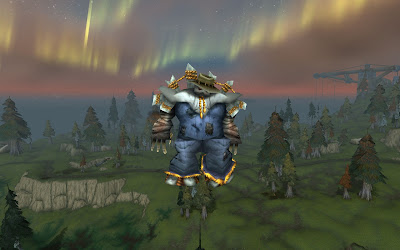 A trip down memory lane, who can forget the starting areas in WotLK. the Lich King expansion utilised quite a number of gimmicky quests and the use of vehicles. The one above is from the Howling Fjords and ends in the giant leap across half the zone to get to the next hub. The other notable quest from the area was firing yourself across a chasm on a harpoon. 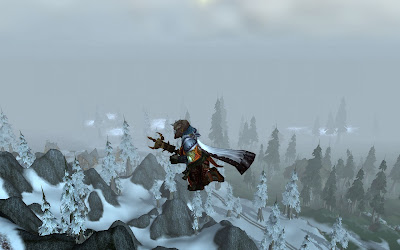 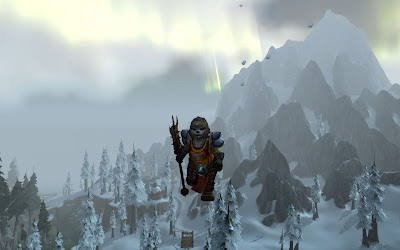 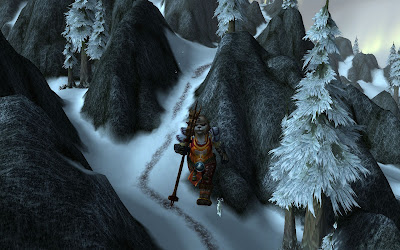 A 3 part screen capture from the Cleansing quest where you leap off the mountain after killing a carbon copy of yourself. 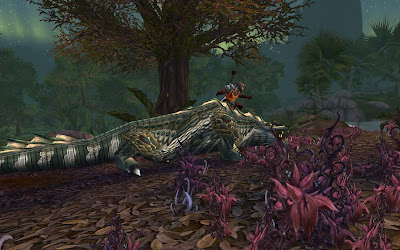 A chance to act like Crocodile Dundee. This was my favourite zone in WotLK, it was full of skins, ores and herbs, what is not to like about this area. 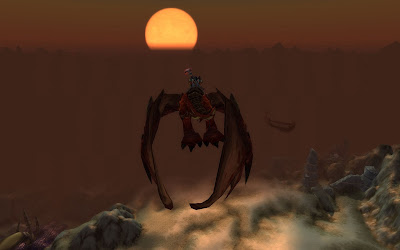 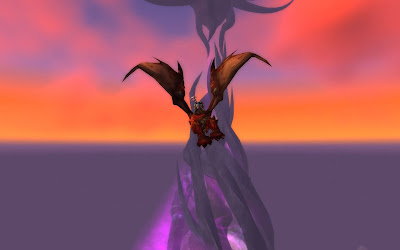 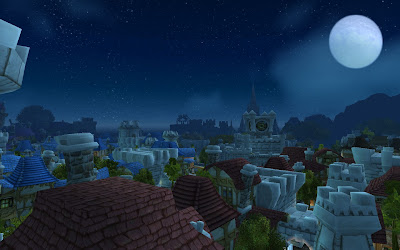 Flying around Azeroth is something we have to do to get from A-B, but sometimes the beauty of what is so familiar is lost on us. "WoW's graphics are outdated", maybe the engine is ageing, but I like the cartoony feel to the place, and it is not without detail and certainly not with beauty. 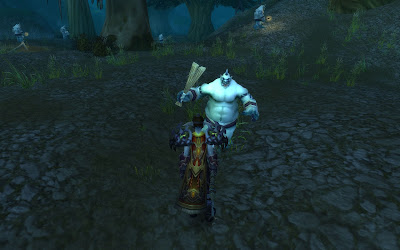 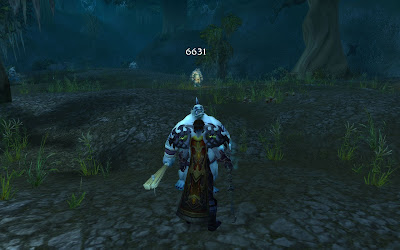 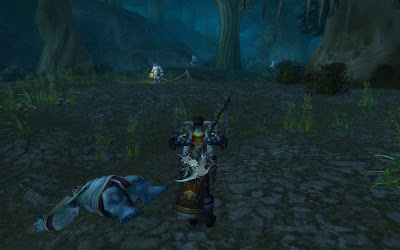 This is a sequence that made me laugh, and in the end is quite difficult to capture. The scene is from Duskwood and the Vul'Gol Ogre Mound. I was simply trying to level Archaeology at the end of the last patch. The Ogre runs headlong at a level 85 Hunter saying, "Me Crush, You Die". The hunter in melee range merely looks at the Ogre with contempt and the result is a dead Ogre. 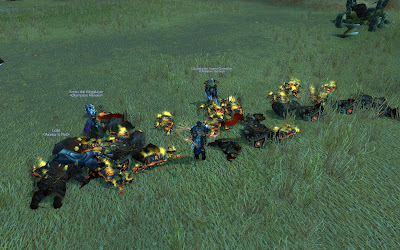 This is from my recent experiment at Tanking on my Blood Death Knight. I kind of wish that Skinning was a Secondary profession, or that we could have 3 Primary professions. 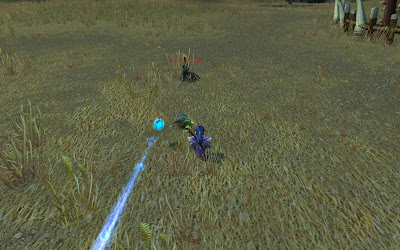 Another scene for the Barrens and my mage was having a bit fun with the Kor'kron Outriders. Some of these Hunters sit astride a Battlewolf which I polymorphed into a cat. The cat runs around aimlessly and the Outrider is left trying to outgun a mage at distance. 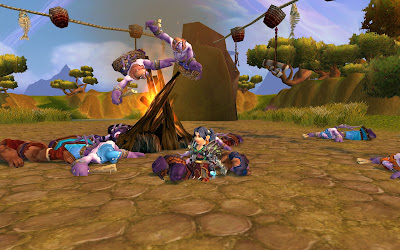 Every so often it is possible to capture glitches in the system, this one looks something out of a scene from the Matrix. 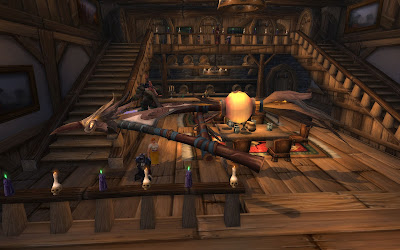 Email ThisBlogThis!Share to TwitterShare to FacebookShare to Pinterest
Labels: Screenshots