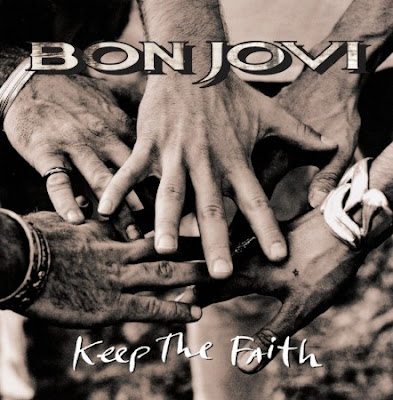 Mists of Pandaria is proving to be a very well received expansion, with plenty for everyone to get involved in. I have heard of people spending most of their time playing Pet Battles, or tending to their farm. A reasonable proportion of the player base are hitting level 90 and taking part in Heroic 5 man dungeons, Brewfest is live and the Darkmoon Faire is available at the weekend.

To be honest I am delighted with the new expansion, however a couple of things have started to nag at me. The issues in no particular are:


The gathering professions are just very easy to level up to max, but one of these does not benefit from XP. Poor old skinning which also only supplies to one crafting profession.

Of the crafting professions from 1-600, I have compiled my list of easiest to hardest:

All I am saying is that I bet there was a world first Herbalist before an Enchanter. In terms of the moneymaking potential over all the expansions, the list looks something like this:

Engineering has always got a raw deal, but makes up for its difficulties in fun aspects and time saving equipment in particular the repair bots and portable mailbox. Inscription has had several periods of frantic sales (Glyphmas) and for that reason is a better performer than the steady income from Jewelcrafting.

The secondary professions Fishing, Cooking, First Aid and Archaeology suffer from different issues. Cooking and First Aid can be power leveled with the aid of the Auction House. Fishing is a hell of a lot easier than the original incarnation, and anybody who did the 225 level quest will tell you the hell of leveling that little quest chain.

Archaeology recently got a big boost from 1-500 with the increase in digs per site being raised from 3 to 6 which almost guarantees that you get a Artifact every digsite. In Pandaria I have also noticed that the radius of the digsite are vastly reduced from the earlier digsites which is all good news. The only current drawback is the leveling process from 500-525. I believe that all the other professions get a handover period between 500-525 so that you can level with both current and previous materials. Archaeology does not get this advantage and that whilst you can learn the Zen Master Archaeology you cannot see any digsites on Pandaria until you hit 525. Unfortunately this is further compounded that the skillups between 500-525 are RNG and it can take several Artifacts to get 1 or 3 skillups. Even the 100+ Artifacts do not guarantee a skillup and neither does completing a Tol'vir artifacts. This means flying around Azeroth at a time when you want to be meeting and greeting the Panda folk.

I raised a ticket at the weekend after finding several forum posts here and here. The answer I got was that Archaeology was working as intended, and that I should raise a forum post or submit an improvement suggestion to the Devs. I believe that this is low priority due to the number of people affected is quite small, but it is still a problem and one that should be relatively easy to fix.


For the record I am not teetotal but neither do I drink very much alcohol these days. The World of Warcraft is full of alcholic drinks, they now have 2 races that are dependant on the consumpution of alcohol (Dwarfs and Pandaren) and even have a holiday (Brewfest) about the drinking of copious amounts of beer. A new quest in the Jade Forest, Monastery area, sees your character drink too much and pass out under the table.

I might just be in a minority of 1, but I feel that the glamourising of alcohol in game and in Real Life is one of the contributing factors to the amount of alcoholics (estimated at 5% of the UK adult population). A very sobering thought indeed.


I have now completed all the quests in the Jade Forest, and so was looking forward to reading the Friday post from the Godmother. What I suddenly realised was how little of the story I had actually taken in. It must be stated that at this point I do not read the quest text, and in an interview with Cory Stockton on the Instance Podcast, Cory stated that most people do not read the quest text.
The following is my story of Jade Forest:

I am sure there is a storyline in there somewhere, but right now I have not yet pieced it together. Maybe it doesn't really matter if I understand or not, it is not like Blizzard have build in consequences to our actions like Dragon's Lair (1983).
Posted by Bob at 16:45