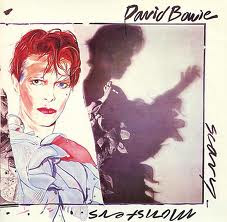 It's that time of year again! Children adore Halloween, and adults hate it. The festival has grown in Britain over the last forty years and now closely resembles the American version, with the use of Pumpkins and Trick or Treat.

All Hallows Eve is the night before All Hallows Day (All Saints Day). The origins of the festival have become shrouded over the millennia, but it is essentially a Christian festival which as with most festivals borrowed the best bits from the existing Pagan festivals. Who would want to convert to a new religion if it meant losing your favourite festivals.

The Pagan Festival marked the end of Summer and the beginning of the darker days of Winter. It would coincide with the end of the Harvest period and would signify scarcity of food and less hours of daylight to work the land.

The Christian version was based around the concept of the dead souls crossing over from purgatory to the other side. Wikipedia states the following,

"It was traditionally believed that the souls of the departed wandered the earth until All Saints' Day, and All Hallows' Eve provided one last chance for the dead to gain vengeance on their enemies before moving to the next world."

The jack-o'-lanterns were originally made from turnips and were designed to represent the tormented souls trapped in purgatory trying to escape. The Americans with their much more suitable local produce of squashes and pumpkins now provide the most defining aspect of the whole festival.

My children are geared and ready with my son planning to go Trick or Treat in his skeleton costume, and my daughter stays at home to answer the door to the trick or treaters.

In Azeroth the Hallow's End Holiday is coming to an end and will provide one last chance to permanently seperate the Headless Horseman head from his body. He also has some nice rings, a plate Helm and my favourite mount in the game.

Personally I have yet to take on Nearly Headless Nick this year, due to my vacation and having some bad gear (the embarrassment of being bottom of the DPS table on your main).

Enjoy your night and don't eat too many sweets.