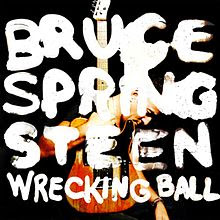 Into week 3 and still no Level 90 characters on my roster, this is very bad form and I deserve to be stripped of my ability to write about World of Warcraft. The upshot of taking it easy and smelling the flowers is that I have witnessed the playability and levelling skills of several different classes. I have not swapped specs to compare or anything daft like that is purely my observations of the class specs as named below:

Welcome home Beast Master the king of levelling. I wish this was the case, because for a long time BM Hunter, the class has become very different than in previous expansions. Suddenly we have gone from the pet being a faithful companion to being the full thrust of the spec, and it feels slightly odd.

If I want to kill something fast I have been using Lynx Rush not Bestial Wrath, this saddens me greatly that Big Red Kitty is not the signature spell of this spec anymore.

I have not played around Stampede but you can read plenty about it over at Grumpy's place. It would appear that BM Hunter is the new Ret Paladin, simply hit the flashing lights when they appear and activate the emergency buttons if you have attracted too many mobs with your bouncing pet. This is the new Whack-A-Mole spec.

Hunters are still one of the best gathering classes with their ability to leave the pet to the job of killing whilst you mine, herb and skin to a vast fortune. Everything seems too easy but the pets are definitely not as tough as they used to be, so if you are a bit lax it may make sense to use your pet in Tenacity mode and spend less time healing your pet, but more effort killing the mobs.


I normally play Resto so the idea of chucking out offensive spells is like playing a different character. I have not noticed too much different about the class, but there is definitely a reduced complexity from some of the other classes. The Totem system is a bit of a mess these days, and I must say I preferred the old system. I have never made much use of Totems in the levelling process, but now Searing Totem is almost part of the rotation. Mobs seem to spend far too long in your face unless you have one of the 2 Elementals raining death and destruction on all your enemies.

In general unless I am missing something this seems like business as usual.


Like BM Hunter, the Frost Mage is being given a chance to shine. When I first read the changes to Mages I thought it was going to be 3 specs with identical spells just in different colours. In fact I haven't noticed any major changes. I have just checked with the MMO Melting Pot guides and appears that I need to throwing in some spells that are non standard Frost spells like Arcane Explosion and Flamestrike for AoE.

Single target still seems to be building up the big hitting freeze - Fingers of Frost - Ice Lance, with Brain Freeze - Frostfire Bolt, so no change there. It is still based on not standing toe to toe with your foe and freeze and hose down. The design of building up the big hits seems quite contived, but I guess they don't want the old style Aimed Shot (Head Shot instant death mechanic).


The Cockroach of Warcraft, I cannot advise how best to play, but I usually just use Judgment and then whatever Icon lights up, most of the icons are either lit up like a Christmas Tree or unavailable or on cooldown. Easy to level and difficult to maximise, most enemies don't last long enough to experiment with.


This is the class that has inspired this post. Death Knights seem to be able to soak up the pain, regenerate and dish out the damage at the same time, this unique combination makes them the new Cockroach of choice. I was able to round up most of Jade Forest and survive. If this is the new face of DPS DK's, then I do not want to face a Blood Death Knight in PvP.


All my characters are below max level and I have not incorporated any of the new abilities and talents that they gain at 87 or 90, but so far the number one levelling class is Death Knight, and I normally hate melee classes. Shaman, Mage and Paladin seem to have changed too much, but BM Hunter is oddly not what I was looking for. Death Knights on the other hand appear very unbalanced in their damage output, single and AoE, and their survivability is second to none. It would appear that they have returned to the OP days of WotLK.

I recommend dusting off your DK and smashing your way around the Jade Forest. You are in for a real treat, and don't forget to use the best spell Blizzard ever invented Corpse Explosion.
Posted by Bob at 14:01

Email ThisBlogThis!Share to TwitterShare to FacebookShare to Pinterest
Labels: Class