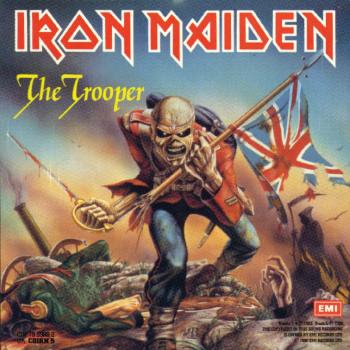 Inscription is not for the faint hearted. When I first levelled my scribe I remember that the Glyphs often sold at or below cost. It is common for all professions to make the items that cost the least and try to recover what you can from selling, vendoring or disenchanting. With inscription, the floodgates all opened at the same time so there was masses of supply and a huge demand. The result was carnage. Over time this settled down and it was only the scribes that had learnt all the available glyphs through the daily process of research that made money. Many of them made large amounts of money, but the key was always to have the lowest price item on the market or be the only person selling the glyph.

Addons were designed to take the drudgery out of the process but milling could not be automated above a macro requiring 4 pushes to mill a stack of herbs. In the early days the glyphs were donated to the Guild Bank and they soon stacked up and filled the bank of Stormwind to the rafters.

After several months I decided to clear out the Guild Bank, believing that everyone who wanted a glyph would have taken them by now. I discovered that I was now starting to make serious amounts of gold from selling waste guild items.

Glyphmas I and II both brought large amounts of Gold into my war chest and in the end it only stopped when the vast majority of glyphs were being sold below my threshold of cost and work reward.

I returned to the market about 2 months ago, I had leftover inks from my MoP expansion project and what to dip my toe in the water. I discovered that the rewards are yet again worth it providing you can maintain a steady supply of cheap herbs. The rare inks no longer pay for the price of the stack herbs as they once did when the Darkmoon Trinkets were current.

Everything has been going really well until a new competitor hit the market. Every time I cancelled and reposted my competitor would repost too. The sales have now dwindled to nothing and I have not the time to find a bloody turf war. I have no qualms about unmasking my rival, he is a level 1 pain in the arse meet Billgates of the guild Microsoft.

Now normally I would just stop selling and let my little competitor have the market to himself but these glyphs have a definite sell by date due to the next expansion rendering Prime Glyphs as extinct and the other little annoyance of the name. It is not a personal vendetta against William Henry Gates III, who has in effect provided me with a living for the last 20 years. My gripe is at the use of special characters.

The US servers have less impact of special characters than the EU realms based on the main languages being English, Spanish and French. The EU realms on the other hand have native speakers from all over the world. According to wikianswers there are 23 languages in the European Union but a whopping 230 that are spoken throughout Europe. Many of these have special characters and accents over the 26 standard letters of the English Alphabet. My little nemesis has inserted an i with a slant instead of the standard letter and this means he does not appear in any searches, you cannot whisper to him unless you can click on him. It looks like î or ì just in case you wondered.

I have checked the naming policy and it does not mention special characters but I am sure on the account creation screen it states not to use special characters. Either way this character is flying under the radar with this name and as per Naming Policy is in breach of Real World References for Billgates and under Trademark for a guild of Microsoft or Mîcrosoft or whatever special character he has used. Can Blizzard be bothered to act on a level 1 character?

I was originally going to list some more sexually vulgar names that have escaped the Blizzard sensors, but with the trial of the former England Football Captain John Terry, I think we have seen enough vulgar language to last a lifetime.
Posted by Bob at 15:59