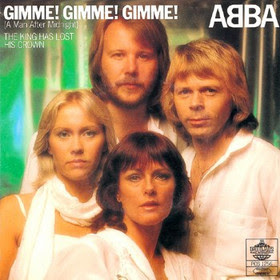 Society teaches us that greed is bad, and that wanting material possession leads to guilty feelings. Maybe this is a cultural issue and that Brits and Americans are completely different, certainly in Britain we have a strange relationship with material wealth.

So what as this got to do with WoW? In a recent post by The Grumpy Elf entitled "Is Gear The Great Motivator?" Grumpy struggles to reconcile the quest for better gear with his belief that he is raiding for content. Ultimately I believe we all secretly want lots of gear, but the exchange must be a just reward for our efforts.

The old Socialist mantra of "A fair days pay, for a fair days work" applies. Everybody who works believes they are not paid sufficiently for their services, but many of us know that we are not always required to work at maximum capacity every day of our working lives.

The trick for Blizzard is to balance rewards against the effort we are required to put into the game to achieve the reward. Everybody has a story of being unlucky with loot drops, 10-15 boss kills before the item drops and then when the spellcaster shield finally drops it is won by a Ret Pally who wanted for their 2nd Spec.

The reward must also be deemed to be worth the effort, even if it is psychological, Purple is better than Blue we all know this, and nobody wants to work their butt off for a Blue item when they could have a Purple version, even if the Stats for both were identical. This was a big mistake in Cataclysm and with the difficulty involved in obtaining the Blues it was deemed by many to be not worth the effort. The restriction of the supply of Epic gems was also a damaging move in my opinion and made the gems the preserve of the Raider and the stinking rich.

The new system for LFR in the MoP expansion will go a long way to make rewards fairer and it is my guess that this method of loot distribution will ultimately be applied to 5 Man and Raid alike.

I have discussed in previous posts the ease in which you can gear a new level 85 through the artificial iLevel gating so that you take part in LFR. The Twilight Heroics introduces a concept of 378 Purple gear raining from the skies and in 3 short Heroics you can be propelled into the LFR loot piñata. This in my opinion leads to a false impression of the rate of reward, and also devalues the reward itself. The first run through the Twilight Heroics allows the chance to obtain an epic from every boss (3+1)x3 (3 Bosses with the last boss dropping 2 items) plus the quest rewards 2x3 (2 quests 3 instances).
This total means you have 18 chances to pick up something useful.

For somebody like me, I have the choice to raid and collect on average 1 or 2 epics on my main every week if I am lucky or to level my Alts from 377 PvP gear to 384 armour and 390 weapons and achieve a full house in a week. I admit to being greedy were WoW is concerned I will go for quantity over quality were rewards are concerned and will deliberately seek out the easiest method to achieve my goals, this also involves PvP and trading Honor and Justice points. The new system will allow me to daily my way to the top, the asumption will be that this is an easier way but the reward gathering will be so much slower.

Gear, Pets, Mounts and Achievements are all motivators, it is just down to the individual what ratio of each will float their boat.