I Can See Clearly Now 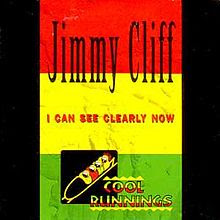 Last week I was left pondering the issue of WoW performance on my computer since the patch 5.0.4 dropped. Having the money for a new but low end PC, I decided to test the water and go for a graphics card that was giving reasonable performance during the Cataclysm expansion benchmark testing.

Not wanting to wait for my new purchase I decided to visit a large electrical retailer in the UK known for its poor service and overpriced computer goods. They of course did not have the card in stock which I had found on the internet so I decided to get the more expensive version of the same chipset - the Asus HD6670 weighing in at £70.

In comparison to my last card this was a beast. The fan is almost twice the size of the Nvidia GT8500. This is possibly the last card that does not need additional power source from the motherboard.

On turning the computer on, Windows 7 auto detected the card (which is always a good sign) and then I installed the manufacturers software. Updated a few addons and then opened WoW.

I was horrified, the graphics looked brighter and sharper but there was no much needed boost in framerate, I was hovering in Stormwind at the same rate I had seen before the patch with my old card.
Assuming this was as good as it would get in terms of FPS, I decided that maybe, I could at least push the settings up from low/poor to at least fair/good.

On increasing the settings an unusual thing happened. The framerate started rising, it was as if the new card would only respond properly to decent settings. In Stormwind the FPS settled at around 40, but in the wilderness I was suddenly getting 70-80 FPS as a standard.

I had no idea that the game could actually look this good. No jerking on turning round, no mistimed flaps on my flying mount. The colours are bright and vibrant and it is suddenly a joy to play the game again.

If you are in a similar position and are worried that a graphic card update might just be a waste of money, when your computer really needs replacing, my recommendation is definitely give it a try, they are really easy to fit, just make sure you unplug the computer first and check the wattage on your PSU the new cards need a fair amount of juice just to keep cool.
Posted by Bob at 09:12