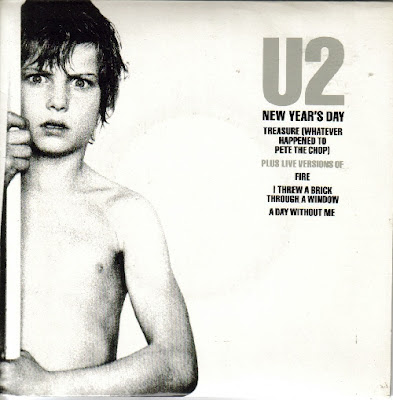 "All is quiet on New Year's Day"
U2
It might well be quiet on New Year's Day, but it seem to be even quieter in Azeroth. Everybody is making final preparations to say goodbye to Cataclysm and welcome in the new expansion, Mists of Pandaria. There is no news to report because it has all been said already, and we are definitely facing the calm before the storm.
I sat down to read the Reddit AMA all eager to hear the snippets of excitement from the key people at Blizzard, and quite frankly I got bored half way through it. Why do these things always get hijacked by the dullest saddest people, the Lore Nerds, the Anorak and Thermos Flask brigade.
Everybody is waiting for the new expansion and there is no real news to be found.
On a personal note I am still sorting out my characters one at a time. Last night I took my Rogue into LFR, it must be stated at this time I am the world's worst rogue, but this is one character that could really benefit from some gear upgrades before the new expansion. On a scale of priorities from 1-10 the Rogue features at number 9 for leveling purposes, so it is not a major issue that I get some Tier gear before the expansion. It will be 12 months before she gets leveled providing we have some decent end game content.
The first thing I noticed was that my venoms had all corroded their vials, and without enough time to investigate I went into LFR without any applied. It is only now that I have checked the Patch Notes that I discovered my mistake:
I shall chalk this one down to experience and will be better prepared next time. By the way, don't expect this to be my last noob mistake.
Patch 5.0.5  dropped this week and was mostly just tooltip changes and bug fixes. It killed my version of Altoholic and now have no way of keeping tabs on my army of alts. After doing a spot of fishing on several characters it looks like the skillup rate as been fixed and is back to a more back breaking average of around 7 catches per skillup instead of 4.
I have spent some time recently trying to fix my LUA errors, deleting WTF folder and addons. I have been unable to fix the main problem but I am getting far less messages when I open the mailbox. At one point in the process I could not log into any of my characters. It was late at night and decided to go to bed. In the morning it was fixed, so I put this down to be a Blizzard issue, just bad timing on my behalf.
Looking forward to doing the Theramore scenario, sounds like the Alliance are going to be retreating and the Horde attacking. At least it will break up the monotony.
Posted by Bob at 15:05

Email ThisBlogThis!Share to TwitterShare to FacebookShare to Pinterest
Labels: Roundup