The Battle Of Evermore 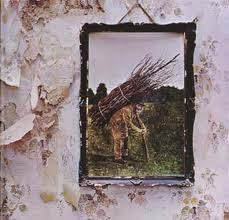 The Fall of Theramore, the debate rages on. The Grumpy Elf waded into the fray and actually came out with a totally different conclusion than I was expecting. I was going to reassess my feelings towards Theramore's Fall but first I wanted to examine some of the points raised by Grumpy.

On Tuesday I wrote about my experience of the scenario. On Tuesday night I ran it 3 times and last night just the once. The bugs have now been ironed out, which ultimately was my biggest issue with the scenario. I have also been considerably luckier with loot drops and from 8 runs have seen 3 Weapons and a Helm. Only one of these was actually useful but we all know what is in the loot table and the way the loot is distributed is similar to the LFR Personal Loot.

Now the thing works as intended I can see it the scenario concept for what it really is. It is a nice time filler and should sit underneath LFD in terms of time requirements. It should be a sign up and a couple of minutes later off you go, with a 10 minute maximum time to complete, with a total time requirement of no more than 15 minutes. This is definitely not the case, with long waiting times and some poor groups having to go slowly and carefully.

Ghostcrawler has recently stated, ""this is what scenarios are like", they're a new feature, a way to do content quickly, in a your lunch break, to get some more valor or gear." If this is Blizzards intention then they need to do some serious work on the matching up process, or make more resources available for running concurrent scenarios.

Level 85 mobs with some Elites is not a big issue, they will nibble away at your health. The main problem is the sheer numbers involved in some pulls. A load of nibbles adds up to a big bite.

My main characters have not had any problems, but my lesser known alts who are more in need of any potential loot, and are still way over the iLevel requirement have still encountered problems.

My Warrior and Death Knight both assumed pulling roles and played a small meat shield for some of the feeble cloth wearers, and they have had mixed results. My unholy Death Knight was able to hold aggro in Unholy spec and survive once I changed to Blood Presence. My warrior needed to eat or bandage after the bigger fights. Plate wearers rock scenarios would be my general finding.

I have mentioned that I am the world's worst Rogue, although Grumpy thinks he is worse. I can now state that I have seen a worse Rogue, unless Grumpy also has a European account. In a group comprising of 2 Rogues and Warlock, which would be nice for PvP, it resulted in nobody being able to pseudo tank. The Warlock and myself were doing considerably more damage than the other Rogue so naturally we actually more attention. The other Rogue was skilled in stealth, vanish and sprint. The result was several deaths to the Warlock and Myself. There is no penalty for dying in a scenario, except the usual repair costs, so dying and running back to your body is not a big problem. There are no respawns to worry about and you can just continue where you left off. In some respects it would be better to have a timer on some of the activities just to create a little bit of a challenge.

If I am a bad Rogue, there is one other class that I play far worse, and it happens to have seen some major gameplay changes. My Gnome Destro Warlock was placed in a party with a Warlock and a Mage. In an attempt to provide some tanking abilities, we both ended up popping Voidwalkers. After that it was a nice smooth run.

The scenario concept is not easy and neither is it hard, the objective is always obtainable it is merely a question of how long it takes to complete. It is interesting how they will stack up in the level 90 versions.
Posted by Bob at 14:02

Email ThisBlogThis!Share to TwitterShare to FacebookShare to Pinterest
Labels: Scenario