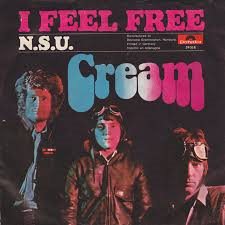 No more Frogs! After a mad flurry of Frog genocide I have for the immediate future given up frogging or looking in through steamy car windows.

Instead my interest was piqued by Cymre who wrote about the Toys available in Hallows's End. I am normally not very interested in anything available from the holiday events, they have long since been consigned to the "Been there, seen it, done it and bought the T-shirt" bucket of Blizzard content.

Oddly enough the same people who are attracted Pet Battle collecting seem to like collecting the new craze "Toys". Who would have thought, that collectors like collecting? Almost hidden away in the Holiday news was the availability of two new pets to collect for the princely sum of 150 Tricky Treats. I did some quick calculations and decided it was eminently doable and decided to take out my Panda, who could do an Azeroth tour in the process. It turned out that 150 could be obtained from Kalimdor and the Eastern Kingdom. It is a boring process but it suits my weekend schedule of cleaning my house and hours spent on unmanned flight paths.

Having snagged Cursed Birman, I decided to repeat the task with Queen of Transportation my Frost Mage. The ability to portal is invaluable for this task and decided to change the landscape a little and went for Outlands, Northrend and Pandaria. Two days messing around for 2 pets that I will never use. I still can't explain why I would do this content other than "because I could" or "it was there".

Having snagged two new pets it made perfect sense to go Pet Battling with them and it was not long before I found a fertile spot with weird cockroaches and fire beetles to snag. I have long since discovered that owning weak battle pets does not count, and if you are serious about the business you want a complete collection of Blue Rare pets and nothing else will do. This is the time to remove the poor quality pets and capture both new and Rare pets. Finding Rares can take an age and in some respects it is far more rewarding flying around Azeroth for a guaranteed pet than dancing with the RNG Gods.

My weekend of Pet Battling was brought to sudden standstill when I got bombarded by my Guild asking if I want to kill Garrosh for the guaranteed Heirloom Weapon. I seemed to have missed an announcement some where along the line but Alternative Chat is making the most the Heirlooms and even paying 8000 Gold per head for a Garrosh Kill with the Realms top Raiding Teams. For a full rundown on how get in and smash and grab some gear the Bare Butted One has all the answers.

My Hunter Main was first up and won the Warbow without any major issues. From what I could see it was an A-Team Alts run. The second run was a complete disaster with everybody getting mind-controlled with 5% to go being the best result. With everybody stepping down a peg or two with everybody changing roles and classes it had none of the panache of the first run.

My Warbow which was still an upgrade will now service my 3 level 90 Hunters and will also be available when my wife finally levels a 4th member of the Hunter community. A staff would be nice and would be usable by 4 characters and a Two Handed weapon would be usable by 3. This would just leave a Monk and Rogue. It would cost more than 8000 Gold to buy those two a place in Heirloom run. We still have two weeks left, who knows what might happen, and besides it is still a better place for a weapon than queueing for UBRS and not getting a drop from there.
Posted by Bob at 15:50