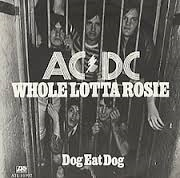 As a Joe Average player with declining reactions brought on by age, I tend not to be a chart topper. That is not to say that my Hunter cannot rock up under the right conditions. I have often said that being an Altoholic means that it becomes very difficult to cope with mass changes or spec changes. I pick a spec and live with it. Some of those characters are genuine dual spec (I don't include a Frost and Fire mage in that list) with a DPS and a Healer spec, and I have tried Tanking on DK and Pally.

This is a lot of info to take in, and any changes will need to be assimilated slowly and if not played regularly will be soon forgotten. Never a week goes by without taking out one of me three Hunters out for a spin, and except for a brief flirtation with Marksman have all been Beastmasters since birth. I can cope with a certain amount of change on a Hunter, including changes like removing mana (what a day to celebrate that was), and the recent bloat removal. This liposuction needed to be done to the Hunter class and some of the other classes and specs, but not all of them. More buttons does not make for a better experience but neither it would appear do less. Beastmaster is basically a two button rotation with the occasional GCD thrown in. I have learnt to live without casting Hunter's Mark for a long time now, but for some reason Serpent Sting is like losing a limb.

I have yet to discover exactly what state all the classes and specs are currently in, but I have noticed a huge improvement in my Combat Rogue's figures which is something that I didn't think was possible. What is more shocking still is that Dps on my Balance Druid is now hitting the floor. Boomkin was always the strange hybrid, but it had it's moments. First it went Oom and then it went Boom and now it is just crap. The eclipse seems to move along like a metronome and is not controlled by the player who could speed up gaps in between eclipses. Now it requires a PhD to work out the timings and according to Icy Veins it is less important than before:

Applying and refreshing DoTs is not longer as complicated as it has historically been for Balance Druids, but it remains extremely important.
Simply put, it is best if your DoTs are applied when benefiting from their respective Peaks (

Sunfire). Note, however, that this does not actually affect the periodic damage of your DoTs at all. The only part of the DoTs damage that is increased by Peaks is the instant damage. So, applying and refreshing DoTs at Peaks is definitely a DPS bonus, but not a very great one.

As mentioned in the rotation at the start of the guide, Sunfire's duration is such that it will not last until you complete a full cycle (and return to Solar Peak). Furthermore, Sunfire cannot be cast when you are not in Solar Eclipse. This means that in order to keep up Sunfire, you need refresh it shortly before leaving Solar Eclipse, or that sometimes you will need to refresh it immediately on re-entering Solar Eclipse to prevent it from dropping off. This is acceptable.
There no longer is any real restriction about when it is too soon to refresh a DoT. As long as you refresh Moonfire each time you reach Lunar Peak, and Solar Eclipse at Solar Peak and right before leaving Solar Eclipse, then you should have no problems.

I hope that makes sense to you because I am losing the will to live. (Having played Balance since reading and writing this, Blizzard makes it easy by lighting up your icons, when you  need to press them). I am using the right spells as per rotation and I have reasonable gear, so what is causing the huge discrepancy?

The stat squish seems to be throwing up some peculiar situations where it is possible with proc to one-shot a mob. The term one-shot is often overused, to suggest an easy kill at the first attempt. I am talking about mobs that just roll over and die, and the next one will require a semblance of a rotation.
I always liked that as a game play, the ability to miss, dodge or one-shot, especially for a Marksman, with Sniper Training. The ability to one-shot requires for the character to have a downside in the style of James Bond. 007 is a trained killer but he has a weakness in beautiful women, alcohol, cigarettes and gambling. Some might argue what is the downside to beautiful women, but he can easily be manipulated by the opposite sex and lured into a trap.

Frost Mages seem to be in exactly the same place as before, minus the one spell that is missing from my action bar. A quick browse reveals that Invocation has gone, but I worked that out myself and the other was Alter Time. This was one spell that I always thought would be really useful if only I knew when to use it.

I have already mentioned that Combat Rogue is looking fairly sexy (more playable for idiots like me), but there is absolutely no easy AoE for this class. Every other class can drop something on the ground but since combat lost Fan of Knives there is nothing I can see that is obvious to replace it.

I am slightly biased towards AoE damage after spending so much time killing frogs. I am no longer going to need to hunt down Lesser Whatsits because I am fairly certain they are not required moving into Draenor.

A couple of aspects that have annoyed me about Blizzard are the On/Off need a Legendary cloak to do Ordos. It was not communicated well and the only way to test is to fling yourself off a broken bridge. Along the same lines is the horrible PvP flag that we still get for innocently joining a group using the new Group Finder. join a group and automatically accept the PvP flag. It should be in Big Bold Red Letters "PvP" so that the majority of people who don't want to be part of a teenage Rogue's Ganking fantasy can stay well away.

Email ThisBlogThis!Share to TwitterShare to FacebookShare to Pinterest
Labels: Bloat