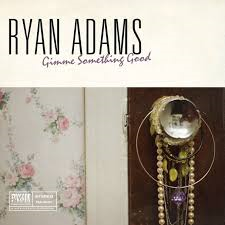 33 Days to go and I am really hoping that Blizzard going to give us something good. Alternative Chat is delighted about new Garrisons feature but for those of us who have not ventured through the portal (not that one, the new one) we have no idea what to expect. I am sure Garrison will become self evident when we are there with our new plot of land, but until that time it only makes  a modicum sense.

A number of decent guides and articles have hit the street in the last week, so I have started to compile my WoD Resource Kit, I am of course open to any suggestions, but at the moment it looks very Garrisons top heavy, with only one other topic about Ground Mounts. I only really started populating the MoP version when it went live, but I am guessing the topics are highly likely to appear in live as they are now.

There are no new races and no new classes and no new professions and from that sentence alone the expansion sounds lightweight. The heavyweight content is Garrisons and the race graphical makeover. The feel is apparently so different that people are referring to it as WoW v2 and with no Titan or any other Blizzard MMO in the near future we are stuck with this rolling behemoth for the next decade.

The screen is going to be prettier and a new graphics card is on standby, and we are be promised some end game content that is not Raid orientated. Raiding seems to have hit a point were new ideas have long since all been used up, and some of the mechanics were not used for obvious reasons, like a deep purple maze on a dark floor, which was undetectable to the naked eye. Stay out of shit on the floor, stand in shit on the floor, group separate. Alternatively you could "hold a chicken in the air, stick a deckchair up your nose, buy a jumbo jet,  and then bury all your clothes, paint your left knee green, then extract your wisdom teeth, form a string quartet, and pretend your name is Keith."

Why do we still put ourselves through these tasks? can anybody say that the MoP expansion brought any decent boss fights that would sit in the Pantheon of boss fights. Blizzard made big boasts for both Throne of Thunder and Siege of Orgrimmar comparing them to Ulduar in scope and grandeur, I personally feel that none of the fights are of that standard.

The Grumpy Elf made a good case for not doing the returning 5 Man Heroics, and with Scenarios consigned to the history books is it case of all Blizzards eggs are nestled in Garrisons being the runaway success. It could be argued that Garrisons could have been a stand alone game, micro managing your base with followers (minions) doing their own missions and crafting etc... Could this have been a tablet game?

The pre-expansion is due on Tuesday 14th October as predicted by every man, woman and child who have ever played this game. I am assuming that the Europeans will wait an extra day for the patch, but the launch date for WoD will be a Thursday which means that Europeans and Americans will both launch on the same day. It means for once the European realms will be the test bed for the expansion, but the developers who are US based will need to put a shift on when the European realms operating on Central European Time (GMT+1) will open 6 hours before New York hits midnight. Expect bug fixes to be written by bog eyed bleary developers, in those first 24 hours.

I am really excited about the new expansion but already I seem to know the entire expansion story arc. I am hoping Blizzard can gimme something good but already I am sensing a few cracks in the dam. Only time will tell.