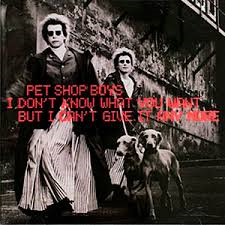 I was reminded of a fact by Grimmtooth, who questioned whether nostalgia is showing previous pre-expansions in a better light. The obvious facts are that was WoW was better in the past, and Blizzard used to know how to throw a good pre-expansion party.

The reality is that large chunks of the game are vastly superior to the original game and that pre-expansions are always damp squibs, with the exception of the Zombie curse which seems to have a close proximity to what is currently going on in West Africa with the outbreak of Ebola.

The Zombie event rendered the game totally unplayable and Blizzard made light of the event being curtailed by several days. It is of course a memorable event, but it not something than anybody would wish to repeat, and Grimmtooth highlighted the fact that these are normally short introductions into the next expansion. Under normal circumstances the current content plus a holiday event would be enough to keep us busy, but personally I think the lack of content for such a long period might have driven some us a little stir crazy.

I have had a few more days to devour the content and I might have got some things wrong as well as having some more opinions on 6.0.2. The first on my list of errors is the Raid Finder, it is a much better tool than I gave it credit for, and the customisable sections allows like minded people to go around murdering frogs on the Timeless Isle, but I was right that Celestials and Ordos need to be considered as Raids, especially Ordos. Celestials can be ignited by one tank managing to stay alive for 30 seconds without assistance, and a group of 10 people can make short work of these bosses. Ordos could benefit from a meeting stone to take the pressure off the Warlocks. I have also lost track of my characters weekly activities now that Saved Instances addon does not record Celestial kills and is a little suspect about recording Ordos kills too.

The other mistake I made was the tidy up bags button which I did not know existed or maybe it doesn't and it is just on the Bagnon addon. Unfortunately it often causes more problems than it solves. Two steps forward and one step backwards. I am however delighted with the amount of space saved by bigger stacks and the Toy cupboard. It seems very odd crafting with materials that are in the bank. It is one less aspect of realism in the game and a giant plus for convenience.

One thing I have noticed is that with all the changes, this is in fact the Pre-Patch and not the Anniversary and Pre-Patch rolled into one. There will be no PvP in Tarren Mill unless I am doing it on my own and besides with the huge queue times to do the UBRS mini adventure, it will take me 4 weeks to snag all the weapons, and that is if I get very luck indeed.

One other change I would like to discuss is the no more valor points and  upgrades with Lesser Whatsits of Chance. Originally when MoP first dropped I had far too many things to do to concentrate on just one character to get 1000 Valor. Later in the patch with all major activities completed I could rig the Valor of the Ancients and the Deeds of Valor used in-conjunction with the glitch which allowed the Valor of the Ancients to be still active from the week before. This was a perpetual valor stream so much so that it was possible to valor cap on all my level capped characters.
The downside was that you could only earn 1000 on any single character. The new system which is only in place for the next 3 weeks will essentially reward hard work.

In any given week you could only manage to generate enough new valor points for 4 upgrades, now you can generate as much as you like. The only downside is that you need to keep doing something in order to generate them. They do drop off everything , but even so when you need to hundreds of them, the droprate is still never enough. The positive in this is that I can do these tasks whilst waiting for UBRS.

Email ThisBlogThis!Share to TwitterShare to FacebookShare to Pinterest
Labels: Patch 6.0.2