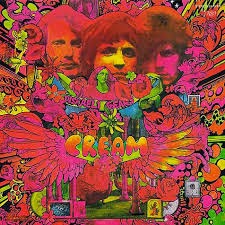 "Game Over", with two weeks left until World of Warcraft soars again, I am now finished for this expansion. No tasks to perform, no reputation to gain, no vegetables to grow, no herbs to pick, no ore to mine, no animals to skin.

The bucket list that I never had is now empty and I am left without a need to logon. It is strange that at the end of an expansion I have been playing more than I have for a long time. I am tempted to take a WoW vacation for 14 days and come back refreshed for the marathon sessions that we will all take part in. Staying up into the small hours on release day, taking days off work to level up to the new maximum. Whatever my intentions are, and however hard I try, everybody else seems to be ahead of me. Only at the end of an expansion can I feel smug that I have achieved as much as possible and can enjoy watching everybody else scurrying along whilst I am able to put my feet and enjoy a long cool drink.

It is possible for me to collect some Heirloom weapons or even get unbelievably lucky and gain the last Ordos gear that I could use on my alts, but it really does not matter any more and I can no more stop the next expansion, than King Canute could stop the tide.

My new level 90 Orc Hunter, the gift from Blizzard, last night gained four new pieces of equipment, and I am surprised how quickly and well I have been able to gear up in a three week period. I am now sitting on an average iLevel of 546, and the chance of borrowing the Heirloom Warbow when the time come round.

My haul of Four new pieces of gear came at a cost, and that cost was sitting through the worst LFR group of all time. I am now utterly proud that the Horde can be that bad at PvE. I have sat through some inept Alliance LFR performances, but this was an utter disgrace. The Siege of Orgrimmar, Vale of Eternal Sorrows was the site of this disaster. Immerseus was one of the quickest cleanest kills, but the Fallen Protectors got up to 25% determination bonus. Norushen also wiped the party on four occasions, some which only lasted less than a minute.

My favourite part of the whole experience was the lack of understanding of the fights and in particular the four phases of Sha of Pride. The Manifestation of Pride that appears behind the party would be dealt with by one or on some occasions two people. Thankfully they were both Hunters, expelling the myth that Hunters are the Noob class of choice.

The only explanation I have for this whole debacle is that there are a lot of returning players or else new players with level 90's that they as yet do not understand. The only reason for the eventual success is that most people are overpowered, and it is raw power that eventually ran roughshod over the content.

I am utterly embarrassed to have witnessed such a performance but kind of delighted to know the Horde are as bad as the Alliance.
Posted by Bob at 11:13