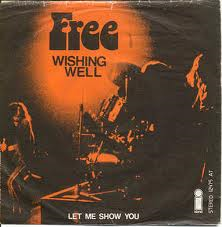 There is no doubting today's hot topic, Tobold and the Godmother have both run with the story, and the subject is Free2Play. I intend to merely meander with this story, because I seriously don't believe that Blizzard are anywhere near to going to Free2Play. Declining numbers of subs will of course force Blizzard to continue to gouge players through the In-Game-Store.

Tobold and Rohan have already written often about Free2Play, and I don't really have a wide enough knowledge of how the other games are able to finance themselves using this model. Tobold often refers to one of the models as Pay-to-Win, were money will give a distinct advantage over other players, the other model in common usage is the Vanity/Cosmetic model (previously favoured by Blizzard). Pay-to-Win is seen as more divisive, and the Vanity model is more acceptable because people are just buying pixels.

The latest datamined story centres around a 200% XP boost, which is at the start of an expansion can be viewed as Pay-to-Win but at this stage of an expansion is more vanity orientated to allow people to max out Alts for the final/penultimate patch of the expansion. This was summed up by Tobold on 18th June as:

"Once you consider all this you'll see that "Free2Play" is necessarily an illusion. If everybody actually played these games for free, these games would stop to exist after the short period of time it takes for the money of the company to run out. But as Rohan noticed, there is a disconnect on Free2Play, causing people to complain if anything even remotely useful is for sale. A lot of people with no idea on economics believe that Free2Play games should only sell "hats", that is decorative items with no effect on gameplay"

Blizzard is the largest MMO in the market and one of the only ones still on the old subscription method of funding. Over the lifecycle of the game Blizzard has been handsomely rewarded, while over Software Houses have struggled to recoup the original investments. Free2Play has allowed some companies to stay afloat and for other they are positively thriving. World of Warcraft is in steady decline and Free2Play would boost Blizzards coffers and player number considerably, but the problem with this is that Blizzard are already burning their candle at both ends and have been gauging the Playerbase with vanity items for many years now.

The only real exposure I have had with Free2Play is the apps that are available on Phones and Touchscreen devices. I play with the rest of the family  Ice Age Village, but all the apps seem to work on the same principle, of tapping the screen to farm things and then using the resources to buy things. The money element is the rare nature of some of the resources, forcing you to buy a bundle for real money to further your progression. I heard a recent story about Turpster on the Instance blowing a small fortune playing the Simpsons. The games become free to the majority and are paid for by a minority, the ease in which eTransactions takes place is very worrying especially when younger players can rack up huge bills on Parents Credit Cards.

There is a new trend in the world, which is replacing the traditional market research techniques, and that is to have an idea, then leave it somewhere that it can be easily discovered and then gauge the response from the volume of the noise on the blogs and the forums. In the UK the Conservative party have been using this technique for 6 or 7 years, of course they would deny that this is a deliberate policy, by throwing out the policies that are seen as unpopular and paving the way to use the popular ones. The PTR is datamined within an inch of it's life by MMO Champion and others, and this is a simple way for Blizzard to judge how a particular idea might be viewed. Tri spec was one such example and I am fairly sure that this is another.

Free2Play would be a financial disaster for Blizzard, unless the playerbase decides that, "hell I used to pay £10 a month, so buying that T-Rex mount for £15 is a bargain". Personally if Pay to Win becomes a feature, then I lose in the game but at least I am £10 a month richer.

Email ThisBlogThis!Share to TwitterShare to FacebookShare to Pinterest
Labels: Free2Play