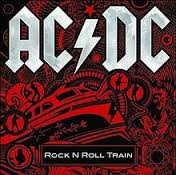 I talked on Tuesday about a makeover I was going to have for my Death Knight. I have never really been a melee kind of guy, but Janingvaar wants to teach me everything about the Blood spec, and who am I to refuse such a kind offer.

I play 10 different classes and some of them are genuine dual spec, so ultimately I am at least currently aware of certain aspects of 13 different specs. For somebody of my age, it can be quite a wrench to switch from Healing on a Shaman to levelling up a Ret Paladin. I tend to place my buttons in an order of approximate rotation, so even if I forget how to play a class, I can at least activate the spells from left to right with a reasonable response.

I have on really dabbled with the Death Knight Blood Spec and have really only semi-mastered the Unholy spec. I know the spells by sight but not by name, so if you want me to use Death Strike, then I have no idea what you are talking about, so it is my job to supersede instructions with my own mental map. Just in case you are as bad as I am the Death Strilke looks like this

. The biggest memory muscle trigger is the prevalent colour of an Icon, in this case it is red, and the image is of an Axe covered in blood. When I need a heal, I am not thinking time to Death Strike, I am looking for a Red Axe covered in Blood.

Typically Rogues are the worst for baffling teh hell out of me, take this for instance:

I am left bewildered by a string of letters that means nothing to me, but I do have the Rosetta Stone in my possession and the ability to translate if I so desire. The downside is I have to work out the spell names and then translate them into my memory bank. I cannot read music but it does not stop me picking up the guitar and knocking out a tune.

SS is Sinister Strike which is the Purple Stabby knife

, that I use to generate Combo Points and it is located to the left of my toolbar because I use it often.

Using this as my backdrop, Janingvaar took me by the hand and lead me of to the Practice Dummies in Stormwind. First I had to re-spec, everything was wrong except for one option which I refused to change. My Glyphs sucked but I knew that anyway, some of my enchants could have been better. Ok not a bad start, the problem was trying to keep up with what Janingvaar was trying to tell me. I had Internet pages with reference material open on one screen and WoW open on the other, but I think I got most of the changes done correctly.

Next was practice at the dummies, the biggest issue with this for a Tank to practice they want to activate shields, blocks, and heals, not bashing out the spell combos with highest damage potential.

Sorting out my spells I soon realised that I have a huge toolbox of tricks for every occasion but there just too damn many of them. In my opinion a good PvP Hunter faces the same problem and when they master the full toolbox, then they make a formidable opponent, but usually they get ambushed by a stealthy back stabber who will turn them into a greasy smear before they get to turnaround or drop a trap.

With so many buttons to press, this was not going to be an easy task for me, and beside from that I needed to compute the right buttons to press at the right time and which ones were my ooh shit buttons. After an hour my head was in bits, and I promised to try it out after the weekly reset.

Wednesday came and went, and by Thursday, Janingvaar was interested to know the results of his teaching. I suggested bagging some Zandalari Warscouts and Warbringers, Janingvaar was keen to tag along and see the results and offer some more advice when needed. Needless to say it went very badly, but it did get better, but it was still backward step from my previous setup. It is the equivalent of a golfer changing their swing, any improvements will come in time not immediately.

For a change of pace we set off for the Battlefield: Barrens, and the scene of other famous battles, and besides we had recruited the services of Mrs Janingvaar. I started off carefully rounding up 4 or 5 flame dogs from the Stone quarry, before advancing to much larger numbers. The next problem was keeping them all aggroed because Blizzard have tried to make it more difficult to round up the entire place in one go.

The result was I would tank and they would pretend to get into trouble and bring more mobs into my ever increasing pile. After you settle into the routine the numbers of mobs become meaningless and the spikes are smoothed out and the healing is constant, the plague and pestilence is transferred to everyone at 10 second intervals, and DK's are not short of AoE capabilities.

Next on the list was Demolishers at the oil refinery. I have taken on 1 surrounded by 8 engineers a couple of incinerators and the odd overseer before. This time was the plan was multiple Demolishers and corresponding baggage. 2 was no problem, 3 was no problem and I am sure 4,5, or 6 are all possible. The healing process was smoothed out and the damage dished out by the Death Knight was of a reasonable standard which is important that you don't get too bored and nod off in the middle of the fight.

I am more than happy with my setup and my master sat down and enjoyed the spectacle of his pupil passing his first test. 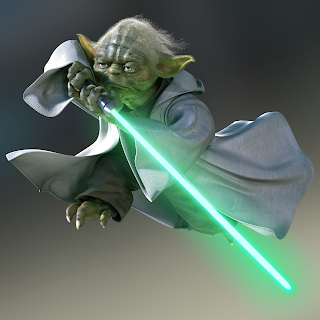 Email ThisBlogThis!Share to TwitterShare to FacebookShare to Pinterest
Labels: Tanking