Janie's Got A Gun 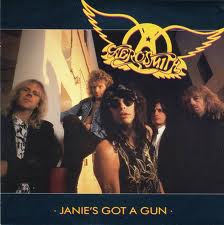 Weapons seem to be in short supply in this expansion. Traditionally the last set of 5 man Heroics would provide a decent if unspectacular Raid ready weapons. Ranged weapons have always been a contentious area, with Hunters of the Dwarf persuasion needing a Gun and not a Bow or x-Bow. Things have changed and the exact ranged weapon is not of any importance any more, it is just tradition that makes the dwarf population favour a Gun.


Fang Kung is the weapon (bow) that I have had for several months now, so I thought is was time that I needed an upgrade, but I have no idea where to go to get one, I never check the loot tables on the Raid Journal because that would just lead to disappointment when I have a whole week to wait for next chance at failure. In the interest of science I have visited that giant encyclopedia of all things WoW (WoWHead) and compiled a list of ranged weapons.
Looking at the list the most attainable way to get a weapon is to do LFR Throne of Thunder or Heroic Scenarios.

If I was to choose to go the LFR route, there would be a very small chance to obtain Miracoran, the Vehement Chord which drops theoretically from all bosses, or I can try to target Durumu, Tortos and Iron Qon.
The alternative route would appear to be Heroic Scenarios which drop 516 iLevel weapons and armour, and on the face of it would be a much more pleasant method of achieving my goal.
This equates to waiting for an hour to spend several hours in what could be a hostile unpleasant environment, or get better gear from running around with 2 other Guildies in a fairly stress free run.
The other thing that is quite astonishing is the DPS difference between my puny Bow (iLevel 476) 3708.5 and the top ranged weapons from Heroic 25 Man Throne of Thunder (iLevel 541) 6795.5. The difference is absolutely enormous, and it is no wonder that the poor saps with the inferior weapons are lagging so far behind in the DPS and damage done tables.
If Heroic Scenarios are the new 5 Man Heroics, then this comes with it's own set of problems.Using the 3 5 Man Heroics from Cataclysm End Time, Well of Eternity and Hour of Twilight, it was possible to be carried if the Tank and Healer were up to it. In Heroic Scenarios, there is no room for slacking, and The Grumpy Elf was stating recently that he felt it was his fault and is dragging the team down by not being able to hit 100K DPS on some characters.
There are only about 9 or 10 scenarios, and only 3 of them were new with Patch 5.3. With the speed of Heroic Scenarios and the lack of a queue time it is possible to chuck your way through this content, with the ability to complete 3 or 4 an hour. This may become boring, very fast.
The biggest issue will be that of reward. Heroic 5 Mans used to offer 3 pieces of loot and random drops. Scenarios other a one shot chance of an item, in comparison this is not a good trade, but it has to be stated that with the downgrading of LFR iLevel, the Heroic Scenarios gear offers much more bang for your buck, providing you get the luck.
It is now time to stop playing my solo game, and join the rest of the Guild by forming up into a triumvirate. Janie has a gun and I want mine too.

Email ThisBlogThis!Share to TwitterShare to FacebookShare to Pinterest
Labels: Weapons