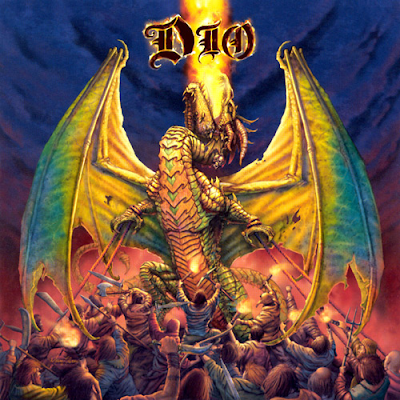 Legendary weapons are not something that have ever fallen into my possession. Neither have I ever really coveted them either. Legendaries have changed in scope over the years. The first time I became aware of their existence was during the Burning Crusade, [Warglaive of Azzinoth] was a unique design but was not something that I wanted due to being on two of my least favourite classes - Warrior and Rogue.

There was one item that I would have loved to own was, [Thori'dal, the Stars' Fury] the big attraction for this bow apart from it being Orange, was the following bonus:

"Equip: Thori'dal generates magical arrows when the bow string is drawn. Does not use ammo"

Wow, a ranged weapon that does not use ammo. Ammo was a pain in the bag space, and it was not until Cataclysm that the concept was removed. TBC was the last time that Hunters had the honour of Legendary bestowed on them.

Legendaries have the impact of making a class over powered for the duration of the patch in which they drop, with the exception of [Dragonwrath, Tarecgosa's Rest] which gave a weapon available to all Spellcasters that was just too awesome and in really unbalanced the game for those who did not have it.

The last Lengendary items was a pair of daggers [Fangs of the Father] which came with it's own questline. In many ways without the Fangs of the Father the Rogue class might have disappeared into obscurity, the numbers playing Rogues was around 6-7% at a time when there was only 10 classes. Most of the Rogues are only found in PvP anyway due to being the kings of the Battleground.

Due to the problems of Dragonwrath and the issue of boosting some classes and others being left in the dark (Hunters), Blizzard implemented a change in design, Legendaries for everyone, and everybody cheered and there was much rejoicing. What we didn't know at the time was how much a pain in the butt a Legendary questline would be.

Oddly enough I have seen very little about the Wrathion questline, with the possible exception of Tree Heals Go Whoosh. There are of course guides on the complete quest chain as we know it, and Icy Veins again comes up trumps.

In summary the major activities in the questline are:

So far the storyline has been expanded by each patch which as resulted in people like me doing everything in the wrong order, like obtaining Exalted status with the Black Prince faction before collecting all my Sigils due to the poor drop rate and being over geared for the content. I have completed become exalted with Operation:Shieldwall and the Kirin Tor Assault, so have completed all the necessary scenarios.

With Patch 5.3 Blizzard made Sigils drop from every boss in the first 3 Raids so that I have quickly caught up with several sections, and now need to collect 3000 Valor, but now in summary form I have got months left to do in Throne of Thunder at a time when everybody will be moving on to the Siege of Ogrimmar. The cloaks however do look nice, not that I am tempted at all by the iLevel 600.
Posted by Bob at 12:30