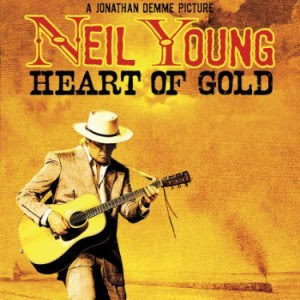 I am not a noob by any stretch of the imagination, but I believe that there is nobody who plays this game that knows everything there is to know about WoW. Yet again I am left bewildered by my lack of knowledge, which now I am informed and knowledgeable I will of course share with you.

I have recently levelled up character number 8, a Ret Pally (for levelling purposes). The 3rd of my Plate wearers, and due to the reduction in the amount of XP required to level, means that I only got part of the way into Townlong Steppes. The result is that rings and trinkets and some gear is only iLevel 414 or 429 if I was lucky. My first step when hitting the level cap is to buy the iLevel 458 PvP gear and then start from that point in the quest for more gear.

My Warrior Blacksmith seemed to be a little off the pace in terms of recipes, with no Epic iLevel 478 recipes or the iLevel 458 PvP gear. A quick glance at Crafters Tome revealed that the recipes for the Epic gear resided with the Klaxxi Quartermaster. Originally the rep grind for the main character was bad enough without having to do it again on an Alt. Of course now it only takes 45 minutes to do a handful of Klaxxi quests to get to Honored status. The Klaxxi are a weird bunch who prefer Sapflies to real currency and the Quartermaster likes the unusual Kyparite as payment for his secret recipes. You may have seen them, but if you are like me you would have no idea what it was used for. 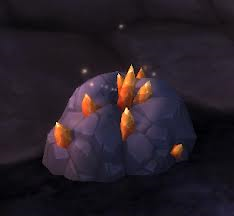 Now I was in a position were an item I had not paid any attention to before was now needed to purchase the recipe and then extra was required to craft the end product. The full list can be seen below:

Also there was the Masterwork iLevel 463 Weapons which I did not know existed:

Suddenly I was looking at 18 stacks of Kyparite for 3 weapons and all the recipes, and this is a resource that I have seldom seen. This was confirmed by the Auction House only having 3 stacks available for sale.

Further research was needed to discover the spawn points for Kyparite and then a long old fashioned farming expedition across 2 zones was required.

One of the early problems with crafting in the Mists of Pandaria expansion was the shortage of Spirit of Harmony. This was easily supplemented early on by the Sunsong Ranch, but with the awkward micro management involved in running a farm on multiple characters, means that once the farm is fully functioning, most people actually stop using it. I have bucket loads of Spirit of Harmony but not all on the character that might need it, and for this reason alone the Spirits should be Bind on Account not Soulbound. I have argued on many occasions that the introduction of Bind on Account was a good move by Blizzard, it as not been expanded as much as it should have.

I am only just discovering a part of the game that I should have been aware of 9 months ago, but this is due to the difficulties that have been faced by players with multiple characters.

One aspect of Blacksmithing that I have not been able to access is the new discovery system. Leatherworking and Tailoring seemed to have got lucky with the drops appearing on the day of the patch, Blacksmiths on the other hand need to kill a boss on the Island of Thunder. Not exactly fair, and even worse considering that I play my Warrior like a total noob. Hunter, Mage, Shaman, Death Knight  would have no problem but I do not get on with Warriors at all.

I read lots of sites about WoW but I am still unsure at what steps I need to do to face the boss Itoka and the game gives no indication of what I should do. I am not asking for easy mode, just some in game guidance would be a start, and sometimes go to WoW Head is not an adequate answer.

How much outside research should we have to do to play this game?

Email ThisBlogThis!Share to TwitterShare to FacebookShare to Pinterest
Labels: Blacksmith