When The Hoodoo Comes 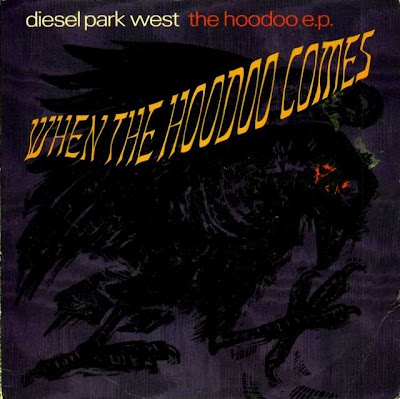 Last Night I was waiting in the queue for Guardians of Mogu'shan, and I am now nearly Exalted with all Factions so my choices of filler activities was very limited. For an entire hour I want fishing and visited a handful of digsites. I was fishing so that I can complete The Way Of on several characters, and they need a bucketload of different fishes. I also hoped I might pickup some rare fish for Nat Pagle, but that didn't happen, but something else did.

Now that was a nice surprise and not something you can plan for. You either get it or don't and with the percentage droprate I expect the odds are not great.

In the end after an hour, I decided to give up on Guardians of Mogu'shan, and accepted an invite to a Guild LFR. I was working on the assumption that the run was Terrace of Endless Springs, but it turned out that it wasn't TOES it was TOT part 1 (The Last Stand of the Zandarlari). The very place were I had gone the night before. I was in two minds as to whether to drop out, but the in the end I decide to stay for the sake of my Guildmates, not that my DPS was anything to miss.

When Jin'rokh died I was toying with not using any tokens, since I had used up all my luck the night before, but yesterday I had discussed the probability if I had acquired a loot drop on my my next boss. I was utterly amazed to see that Jin'rokh wanted to play along with my story, and decided to deposit some Shoulderpads in my bags. Also the Council of Elders decided to further enhance my new found lucky streak with a second pair of Tier Gloves. 4 items in 9 rolls is an incredible streak of luck on a 15% success rate.

My overall droprate is now standing at 4 from 29 - according my reckoning that is 13.8% which is still under the magical 15% but it is the way that I have leapt from super unlucky to super lucky and the reality is that I am still behind the curve.

It feels like the RNG Gods are having a little laugh at my expense, but I am left feeling like I am on a lucky streak. So, if you don't mind, I am just off to go buy my Lottery Tickets.
Posted by Bob at 13:10

Email ThisBlogThis!Share to TwitterShare to FacebookShare to Pinterest
Labels: Probability