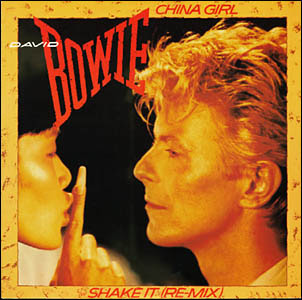 My little China Girl finally made it to level 90. It is a long run from 1-90 these days even with the increased levelling speed and the Enlightenment buff. It makes you wonder what Blizzard will do next expansion if a new class or new race becomes available. Every expansion so far as seen one or the other, and the idea of going from 1-95 is going to put many people off, from levelling in a starter zone all the way to end game.

I only had one level to go, and was waiting for the new patch, which cuts the time by a third. Once I stopped looking at the XP bar and started assisting the Shado Pan properly, it became a surprise when the ding finally came.

As usual I handed in the quests and made my way back to the Shrine of the Seven Stars, to collect my Flying skill, and then it was a case of making some level appropriate gear. A complete set of PvP gear with the Leatherworking 476 Epic Chest and Gloves, 8 Gems and some Enchants and she is now good to go, sporting a not too shabby iLevel 459.


The problem areas as usual are rings, necklace and trinkets. One quick scenario will net a suitable weapon. The next issue will be the accumulation of both DPS and Healer gear. Reputation will need to be earned with Operation:Shieldwall and the Kirin Tor Offensive. I will assess the DPS and Healing capabilities in the next few week. If my Panda does not quickly prove to be a success, I will no doubt start to level another character. I quite fancy dishing out some green fire.
---------------------------------------

On the subject of Blizzard, China and the Mist of Pandaria, a friend of mine mentioned that Blizzard had purposely targeted the Far East, and in particular the gaming market in China.

The decline in the Chinese market was attributed as the main reason for the original loss of 1.1 million subscribers back in August 2012 to 9.1 Million. This was before the expansion of Mist of Pandaria and Blizzard always expect people to return for a new expansion. The high water mark was not the Lich King but the launch of Cataclysm.

Stereotypes can be rude and upsetting, the need to classify people causes problems, casual v's hardcore is one such example.

To Western eyes the Isle of Pandaria is more beautiful than any area created by Blizzard, but did they stop and ask the Chinese players if this was something they wanted.

The current situation must be worrying for Blizzard, because in August 2012 they have gone from 9.1 Million, released an expansion (possibly back up to 10 Million) and then falling further down to 8.3 Million. If I am right they have lost 1.7 Million in a 4 month period.

The loss can not be blamed entirely on China, and most EU and US realms seem underpopulated especially during the week. The question is whether this due to the game that as far exceeded it's initial expectations and is past it's maturity stage and is heading into decline. Alternatively Blizzard has misjudged it's target audience and is heading for a nasty crash.

The current prediction suggest that the product will be viable for many years yet, and Blizzard is not in a rush to usurp the king before that time as arrived.