Take A Chance On Me 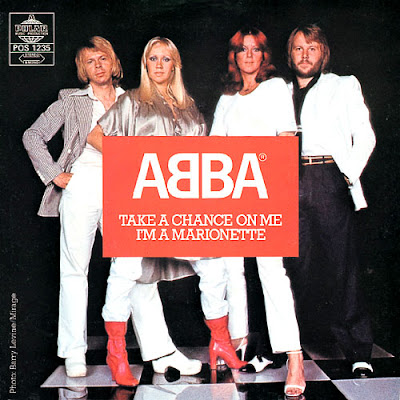 This is all slightly irrelevant, all I wanted to do was take you back in time, to a Dev Watercooler
dated 27th March  2012 by Ghostcrawler. For those of us that can't remember what we did yesterday, never mind what the game looked like over a year ago, I can start by saying Mists of Pandaria was still 6 months away from launching. I tend to think of the Cataclysm expansion as being like the Dark Ages, with WotLK being the Roman Empire and MoP being the Age of the Discoverer.

This is what Ghostcrawler wrote about LFR back then.

Personal Loot
Here is how looting works in today’s Raid Finder groups:
Yes, it was messy, but when people behaved properly the results were very good, especially for alts going in for the first time. The Dragon Soul raid was 8 bosses split into 2 LFR's, and the first boss Morchok, was a basic Tank and Spank, that only one occasion did I see a wipe. The result of this was that the Loot drops were not needed by the majority of people in the Raid, and so providing the right item dropped it was often very easy to find yourself rewarded.

From experience I took every one of my alts through the first part of the LFR and would normally come out with items from 4 bosses. Subsequent raids you would be lucky to get 1 item, and Rings and Trinkets you would need to be exceptionally lucky.

The above is all based on a good run, and they became few and far between towards the end of the expansion. Guilds would party to nab anything they could, to share with the undergeared beneficiary.
To counteract the people who would Need on everything for the purposes of vendoring, other people started to Need and then would distribute as they deemed suitable. The system was very flawed and chances of winning the fabled weapon from Deathwing was a complete lottery especially for classes needing two weapons like Hunters. I do not include Rogues because not only did they have a chance at an Epic, but Daggers seemed to drop of every other Boss.

The situation was a complete mess and Blizzard opted not to tweak the system but completely change the system for any future version of LFR. The new system is known to everyone now, but the following is the description from Ghostcrawler:

Here’s how the new Raid Finder system will work in Mists of Pandaria:

So, realistically, that’s really all you need to know to understand how it'll play out in-game. For those looking for more detail, here's what's happening behind the scenes:
The key to this is that "Each player has a chance to win loot, independent of the other players.",but what are my chances of getting Loot. Ghostcrawler stated that the numbers would be set low to encourage you to come back again and again and not be craving new content, just because you are now fully geared.

The figure is believed to be about 15% drop rate, but to help us in our endless pursuit of gear we can exchange a token for another chance. Is the chance of a win still 15%, it is not clear but it probably is.
The problem is that Random chances are not cumulative, so the chance of winning loot does not become 30% it is in fact 2 chances at 15%

A close example would be the chance of rolling a die twice and the number 1 appearing on either roll.
A (1/6) chance equates to 16.6% which is slightly over the stated figure for Loot drops

You might expect that if you roll a die six times you would expect to get 1 at least once, the law of averages states that is probable but not definite.

What I am trying to say is that with 3 bosses and 3 tokens, you would guess that you had a fair chance of getting Loot for every full clear of a LFR.

Last night my record stood at 0 from 20 attempts (10 Bosses + 10 Tokens) no Loot from The Thunder King LFR's. As usual I played it safe and went for the “Last Stand of the Zandalari". First Boss -Jin'rokh - no Loot, Second Boss - Horridon, on his Deathbed bequeaths to me a Cloak, bonus token was of course Gold, my statistics are 1 from 24 still bloody awful reward, until the Third Boss - Council Of Elders wants me to have Tier set gloves (Saurok Stalker's Gloves.). This spoils my averages down to 2 from 26.

The whole point of probability and random loot is that you can get kicked in the teeth over and over again, and if I get Loot from the next boss, I will not feel like I am on a lucky streak, I just see it as balancing out the bad luck, when in fact at 3 from 28 I will be just above the 10%, but still not at the expected 15% drop rate.

Luck is as much about perception as it is about probability and numbers. Three in a row, should it happen would be considered a lucky streak, but in reality it is merely balancing the books.
Posted by Bob at 16:27

Email ThisBlogThis!Share to TwitterShare to FacebookShare to Pinterest
Labels: Probability